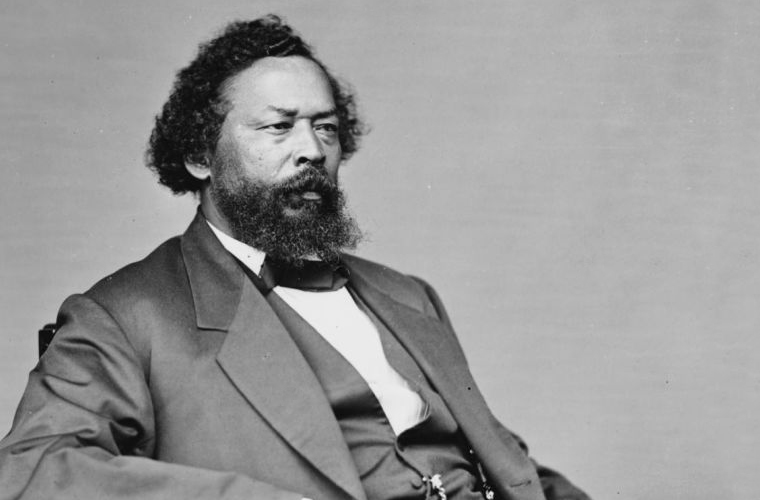 Benjamin Sterling Turner was born in North Carolina to parents who were slaves on March 17, 1825. Despite his humble beginnings, he became an entrepreneur, business executive, civil rights leader, and legislator. Turner became the first black man from Alabama elected to the United States Congress in 1870.

At age 5, Turner was moved from North Carolina to Selma, Alabama with his mother. As a slave, he was prohibited from learning to read and write. Turner was an ingenious man. Although Alabama law prohibited slaves from participating in any formal education classes and learning to read or write, by the time Turner was 20 he was an educated man able to read and write with ease. While still a slave, Turner managed the Saint James Hotel in Selma and ran a livery stable from which he kept a small portion of the earnings.

After the Civil War, Turner began to purchase property and became a teacher, co-founding the first school in Selma for black children. In 1867, Turner turned toward politics and was elected tax collector of Dallas County and in 1869 Turner became the City of Selma’s first African American city councilor. In the 1870 Census Turner had reported assets of over $12,000, which made him one of the wealthiest African Americans in Alabama.

In 1870, Turner was unanimously nominated to be the Republican candidate from Alabama’s First Congressional District, which included Selma and a large portion of the Black Belt region in west-central Alabama. On November 8, 1870, Turner defeated Democrat Samuel J. Cummings to claim his seat in the Forty-second Congress of the United States.

While serving in the U.S. House of Representatives Turner sought financial aid for Alabama to rebuild the devastation caused by the War Between the States. He introduced bills to remove legal and political restrictions imposed on former Confederates and the elimination of the tax on cotton, arguing that the tax was unconstitutional because it singled out a specific cash crop.  Resorting later in life to living as a farmer,  Turner died nearly penniless in Selma on March 21, 1894, after suffering a stroke.