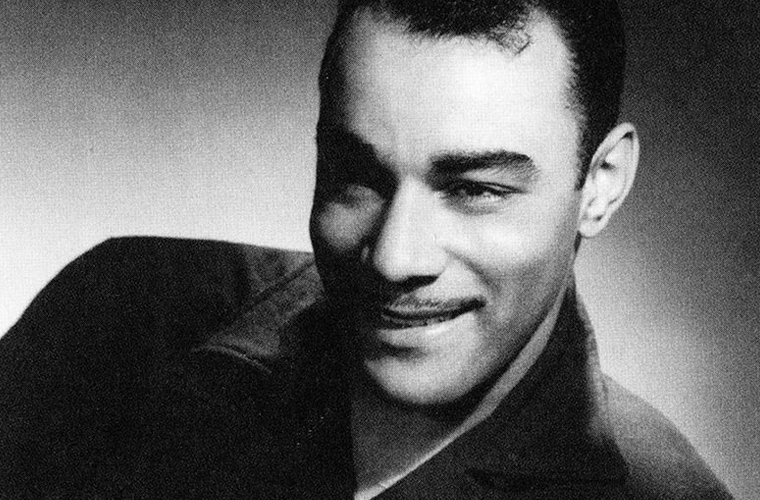 Clarence Matthew Baker (December 10, 1921 – August 11, 1959) was an American comic book artist who drew the costumed crimefighter Phantom Lady, among many other characters. Active in the 1940s and 1950s Golden Age of comic books, he is the first known African-American artist to find success in the comic-book industry. He also penciled an early form of graphic novel, St. John Publications’ digest-sized “picture novel” It Rhymes with Lust (1950).

Baker was inducted into the Will Eisner Comic Book Hall of Fame in 2009.

Baker was born December 10, 1921, in Forsyth County, North Carolina. At a young age he relocated with his family to Pittsburgh, Pennsylvania, and after graduating high school circa 1940, moved to Washington, D.C. Prevented by a heart condition from being drafted into the U.S. military in World War II era, he began studying art at Cooper Union, in New York City. He entered comics through the Jerry Iger Studio, one of the 1930s to 1940s “packagers” that provided outsourced comics to publishers entering the new medium. Iger recalled that Baker came into his studio with a single sample of a color sketch in his portfolio, He thought the woman was so naturally beautiful that he hired Baker on the spot originally as a background artist before he was given his first scripts. Baker’s first confirmed comics work is penciling and inking the women in the 12-page “Sheena, Queen of the Jungle” story in Fiction House’s Jumbo Comics #69 (cover-dated Nov. 1944), otherwise penciled by Robert Webb and Alex Blum.

Much of Baker’s work was originally penciled backgrounds as well as the female form for other artist and most of his work has been inked over with the inker receiving credit for his work. He quickly developed a reputation as one of the best “Good Girl” artists in the business for his attention to detail when drawing women. During this period, known to historians and fans as the Golden Age of Comic Books, Baker did work for publishers including Fiction House, Fox Comics, Quality Comics and St. John Publications. In later years, he independently teamed with inker Jon D’Agostino under the pseudonym Matt Bakerino at Charlton Comics.

Regarding Matt Bakers personal life friends and family members have speculated his orientation as he had many female friends and people viewed him as handsome and spectacularly dressed but he apparently also spoke of men. Jim Amash a “Baker Scholar” confirmed Frank Guisto’s claim that Baker was Gay or Bisexual with Baker’s half-brother Fred Robinson to include in his book.

The character Phantom Lady, created by Arthur Peddy, had originated in 1941 as a Quality Comics feature supplied by the Iger Studio. Cartoonist Frank Borth later took over the art. After Quality dropped the feature, which had appeared in Police Comics #1-23 (Aug. 1941 – Oct. 1943), Iger supplied it to Fox Comics. Baker redesigned the character into her best-known incarnation. This version (generally but unconformably credited to writer Ruth Roche) debuted in Fox’s Phantom Lady #13 (August 1947), the premiere issue after taking over the numbering of the canceled comic Wotalife; the title ran through issue #23 (April 1949). Baker’s Phantom Lady also appeared as a backup feature in All Top Comics #9-16 (Jan. 1948 – March 1949).

During the time of the Comics Code Authority (1954) when Dr. Frederick Wertham claimed comics had ill effects on a child’s psychological development; Wertham used Bakers Phantom Lady #17 as a key sample that became the foundation for the CCA and decades of mandated censorship.

His other artwork for comic books includes the light-humor military title Canteen Kate, for which Baker drew all 22 installments, as well as stories in the suspense anthology Tales of The Mysterious Traveler; the comedic-adventure feature “Sky Girl” in Fiction House’s Jumbo Comics, with originals and later reprints running from #69-139 (November 1944 – December 1952); the jungle adventure “Tiger Girl”; “Flamingo”, “South Sea Girl”, “Glory Forbes”, “Kayo Kirby”; and “Risks Unlimited”. Baker illustrated Lorna Doone for Classic Comics in December 1946, his one and only contribution to the well-known series. He is the generally credited but the unconfirmed artist for Fox’s Rulah, Jungle Goddess #17–27 (Aug. 1948 – June 1949, the title’s complete run after having taken over the numbering of the defunct Zoot Comics). He also produced Flamingo as a syndicated comic strip from 1952 through 1954. His pen names include Curt Davis. Baker shaped women into classy, realistic beauties, full of character in their own stories as opposed to the ways women were portrayed in other comics of the time.

In addition to several romance comics and other titles for St. John Publications, Baker penciled an early form of graphic novel, St. John’s digest-sized “picture novel” It Rhymes with Lust (1950), with writers Arnold Drake and Leslie Waller, writing under the pseudonym “Drake Waller.” Baker also created the first known black hero in American comics. Voodah debuted in Crown Comics #3 in 1945. Although the character remained black in the interior panels, they displayed the character as a white Tarzan on the cover and shortly after they changed the character and his girlfriend to appear as white in and out of the comic.

Later in the decade, Baker freelanced for Atlas Comics, the 1950s forerunner of Marvel Comics, beginning with a five-page anthological story generally if unconformably credited to writer-editor Stan Lee, in the omnibus title Gunsmoke Western #32 (Dec. 1955). At some point during this period, working through artist Vince Colletta’s studio, Baker went on to draw stories for Atlas’ Western Outlaws, Quick Trigger Action, Frontier Western, and Wild Western; more prolifically for the company’s romance comics Love Romances, My Own Romance, and Teen-Age Romance; and one story each for the supernatural/science fiction anthologies Strange Tales, World of Fantasy, and Tales to Astonish (“I Fell to the Center of the Earth!” in issue #2, March 1959). Baker also supplied artwork for the Dell Movie Classic edition of King Richard and the Crusaders.

His last known confirmed work is the six-page “I Gave Up the Man I Love!” in the company’s My Own Romance #73 (Jan. 1960). His last known work as generally credited but unconfirmed is the first page of the six-page story “Happily Ever After” in Atlas/Marvel’s Love Romances #90 (Nov. 1960).