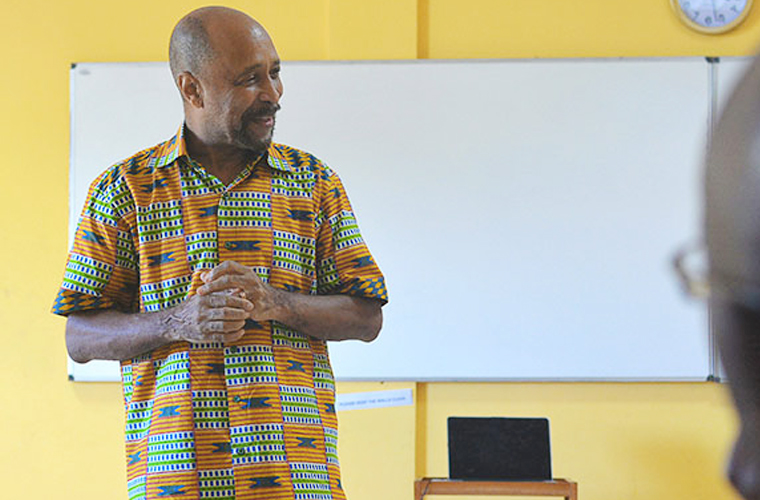 Clarence “Skip” Ellis is the first African American to earn a Ph.D. in computer science. Although he was introduced to computers by accident, he developed a passion for understanding how they work, and he dedicated his career to improving how they function. Ellis has worked as a computer science researcher for some of the country’s leading technology firms while working at the University of Boulder, where he continued to pursue his research agenda, as well as teach new generations of computer scientists.

Clarence A. Ellis, known among his friends and associates as “Skip,” was born in Chicago, Illinois in 1943. He was one of five children raised by a single mother in a poor, and often violent, a neighborhood on Chicago’s south side. Ellis mostly kept to himself as a child and this helped him stay out of trouble.

When he was 15 years old, Ellis got a part-time job at an insurance company to help support his family. He worked as a security guard on the night shift and his primary responsibility was guarding the company’s new computer. In 1958 computers were rare and expensive. They were also quite large since microcircuits had not yet been invented. Ellis’ job was to protect the company’s computer from theft and vandalism. Although he was not allowed to touch the new computer, he did have access to all of the computer’s operating manuals. During his long hours guarding the computer, Ellis read all of these manuals.

Ellis’ ambition was put to good use one day when there was a computing crisis at the insurance company. At that time data was entered into computers using punch cards. The computer technicians at the insurance company were in the middle of an important project when they ran out of punch cards. No one knew how to fix the problem, except for Ellis. One of the things he had learned from his late-night reading was how to reuse old punch cards. Ellis not only made a good impression at work, but he also took his first step toward a career in computer science.

When Ellis was in high school his teachers encouraged him to attend summer programs at local colleges. Ellis became exposed to university life and met students from outside of his own neighborhood. Although he was interested in attending college, his family did not have the means to pay for college expenses. Luckily, the pastor of Ellis’ church learned of a scholarship at Beloit College in Wisconsin. Ellis applied for and won the scholarship. In 1960 he moved to Beloit, which was about 100 miles from Chicago. He was the only African-American student at the college at that time.

Ellis struggled to keep up with his classes during his first years of college. He quickly realized that he was not as well prepared for college as most of his white peers were. He spent all of his free time studying and therefore he did not enjoy many of the extracurricular