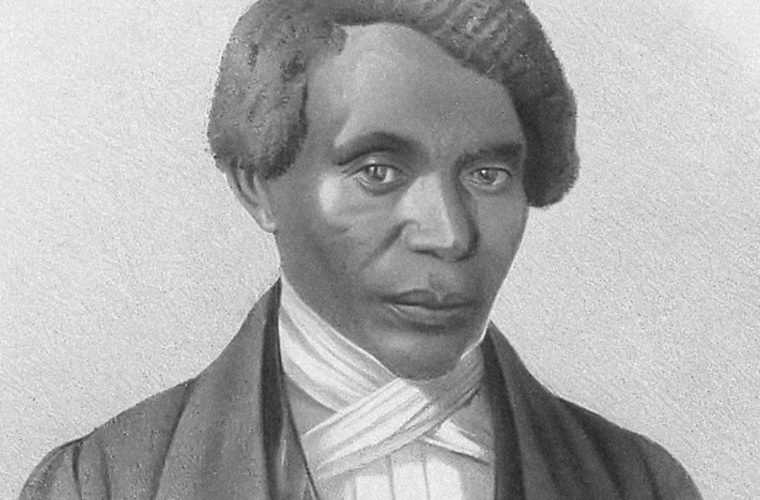 Theodore Sedgwick Wright, prominent clergyman, antislavery leader, and reformer was thought to have been born in New Jersey in 1797.  He attended the New York African Free School. With the help of New York Governor Dewitt Clinton, Arthur Tappan and others from Princeton Theological Seminary, he became the first African American graduate from an American Theological Seminary. After graduation, Wright became pastor of the First Colored Presbyterian Church in New York City where he worked for the rest of his life.

Wright despised slavery and racism and spoke openly about it, even though at this time it was very dangerous. He is best known for his works as an abolitionist and devotee of black civil rights.  Throughout the 1830s he was an agent of the New England Anti-Slavery Society which sponsored his travels and lectures condemning racial prejudice. Wright’s two most influential speeches were “The Progress of the Antislavery Cause” and “Prejudice Against the Colored Man.”  He wrote several entries and speeches for William Lloyd Garrison’s Liberator, the leading anti-slavery newspaper in the United States in the antebellum period.

In 1833 Wright became one of the founders of the American Anti-Slavery Society. He served as the Society’s executive committee until May 1840 when he joined other abolitionists in forming the American and Foreign Anti-Slavery Society. This new moderate abolitionist organization opposed Garrison’s radical proposals regarding slavery.  Wright was also the chairman of the New York Vigilance Committee which tried to prevent the kidnapping of free blacks who would then be sold into slavery.   Wright also assisted fugitive slaves; his New York home was a station on the Underground Railroad.

In 1833 Wright was elected vice-president of the Phoenix Society, an organization which worked toward the improvement of the African American training “in morals, literature, and the mechanical arts.” Throughout the 1830s Wright circulated petitions to the New York legislature for the termination of property requirement mandates exclusively for the state’s black voters. In 1841 Wright was elected treasurer of the Union Missionary Society which sent missionaries to Africa. When the UMS joined the larger, predominantly white American Missionary Association, Wright became an officer in the combined organization.  In 1844 Wright joined the Liberty Party and became a member of the committee that chose its presidential and vice-presidential nominees.