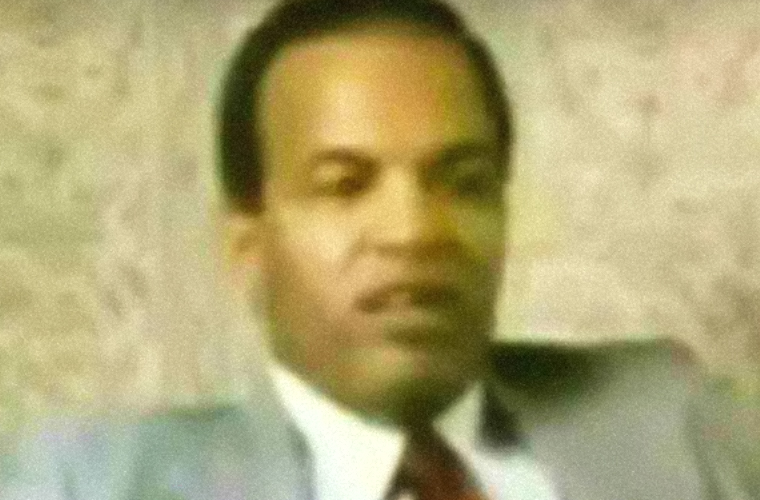 Completely under the radar. Dathard Perry casually went on TV on November 2, 1980, and blew the lid off everything we thought we knew about the FBI, American domestic policy, and its ingrained fear of Black driven movements of any kind.

Perry, who himself was forced through FBI threats and coercion to become an FBI informant, spent his career infiltrating black communities, organizations and political parties such as The Black Panthers, the Black Student Union and the Watts Writers Workshop, which he eventually burnt down under agency orders.

Perry eventually left the FBI after seven years, having personally been a part of the organization’s methodical intent to dampen any kind of social and political foothold blacks could gain in this country. Perry had had enough, with himself, his conscious and the systematic oppression of blacks in America through government-funded means, so he came clean. It was that simple… he granted renowned investigative reporter, Gil Noble, access to any questions Noble had concerning the FBI, the agency’s anti-civil rights agenda, and its darkest secrets.

Perry went on to explain how Martin Luther King, Malcolm X, Marcus Garvey, JFK, Robert Kennedy and various leaders of the Black Panther Party had all been killed at the hands of the FBI’s involvement in their affairs.

The thing that Perry stated that is so important we realize is, ‘its not just black political leaders that the FBI targets,’ its any Black person that rises to prominence that may have the social influence, money, and resources to organize a group of people to action.

Hoover and FBI officials had enjoyed their control, their blanket power over minorities that was imposed through centuries of terror, racism, violence, slavery, fear, and hypocrisy. It made them rich, it made them powerful. And any black individual that threatened that way of life immediately became a personal ‘threat’ that needed to be ‘watched.’

Perry’s hour and a half interview are full of gems where he puts us on to how we can protect ourselves, our minds and our own platforms as minorities and everyday citizens. You should watch the whole thing sometime when you have time, even if you just have it on play in the background… ingest. Cause white power isn’t playing and neither should you.

In the meantime here are some takeaway highlights from Gil Noble’s 1980 interview of Darthard Perry. Take out your notes and get hip my children. Get hip and use it to your advantage.

1. There are many black informants in your neighborhood. The FBI’s #1 means of action is getting someone inside you and your friend’s circle, preferably who are already part of the community. Many of these brothers and sisters are caught in a cycle of agency-laden threats, harassment, and leverage, and are forced into being an informant, but nonetheless.

2. The FBI comes for black prominence… period. Darthard spoke on how musicians and entertainers with influence are immediately persons of interest on the FBI’s radar. Don’t think you need to be Jesse Jackson or a Black Panther to become someone the FBI may deem a threat. If you’re black and making moves… know you’re game.

3. The FBI may look to set you up for prison. Darthard explained multiple cases of Black Panther Party members who were imprisoned simply cause of being Panthers and prominent. They used murky situations to translate into definite prison sentences, or ‘the threat of prison’ to remove the subject. The same thing happened with Marcus Garvey and Assata Shakur, too much power and too black. Even though their cases were based on false pretenses, the agency set them up to either have to go to prison or get out of the country. Both took the latter.