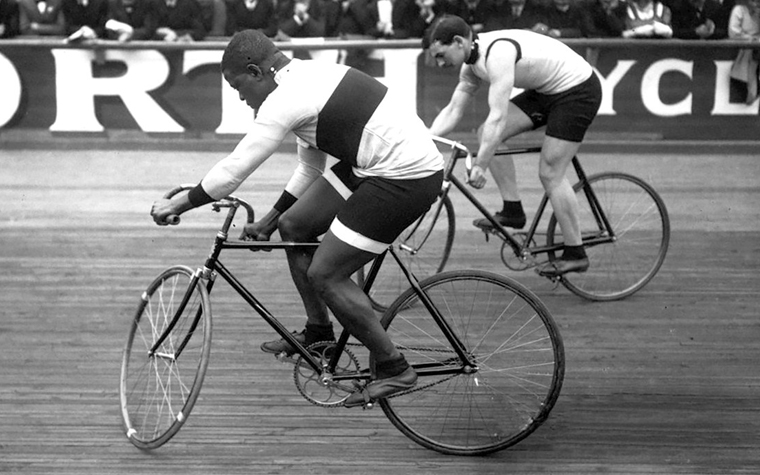 Born November 26, 1878, in Indianapolis, Indiana, cyclist Marshall Walter “Major” Taylor began racing professionally when he was 18 years old. By 1900, Taylor held several major world records and competed in events around the globe. After 14 years of grueling competition and fending off intense racism, he retired at age 32. He died penniless in Chicago on June 21, 1932.

Early Years
Marshall Walter “Major” Taylor was born November 26, 1878, in Indianapolis, Indiana. In the early years of his life, Taylor was raised without much money. His father, a farmer and Civil War veteran, worked as a carriage driver for a wealthy white family.

Taylor often joined his dad at work and became close to his father’s employers, especially their son, who was similar in age. Eventually, Taylor moved in with the family, a radical change that gave the young boy a more stable home situation with opportunities for a better education.

Taylor was essentially treated as one of the family’s own, and one of their early gifts to him was a new bike. Taylor took to it immediately, teaching himself bike tricks that he showed off to his friends.

When Taylor’s antics caught the attention of a local bike shop owner, he was hired to exhibit his tricks outside the shop to attract more customers. Often, he donned a military uniform, which earned him the nickname “Major” from the shop’s clientele. The nickname remained with him for the rest of his life.
Racing Career 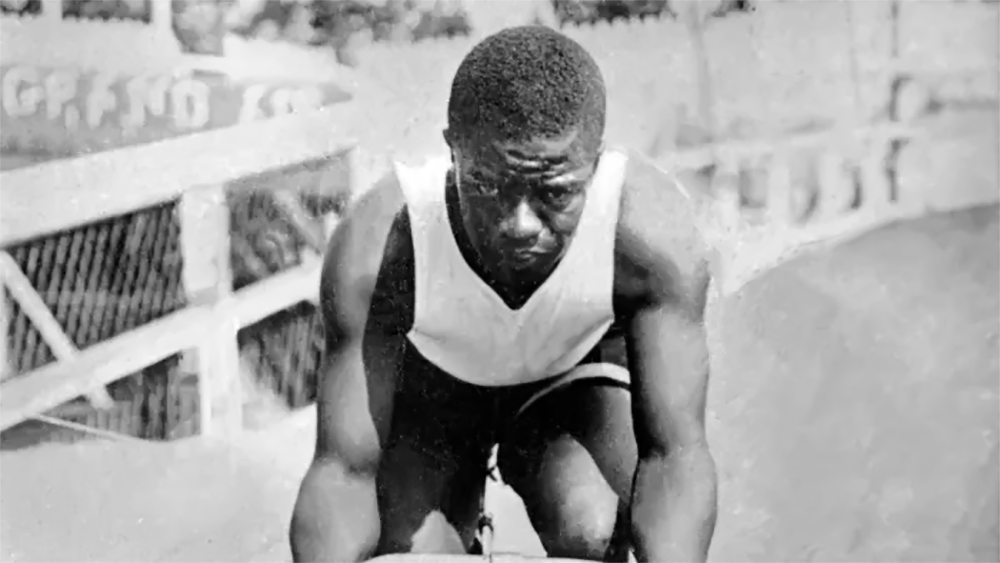 With the encouragement of the bike shop owner, Taylor entered his first bike race when he was in his early teens, a 10-mile event that he won easily. By the age of 18, Taylor had relocated to Worcester, Massachusetts, and started racing professionally. In his first competition, an exhausting six-day ride at Madison Square Garden in New York City, Taylor finished eighth.

From there, he pedaled into history. By 1898, Taylor had captured seven world records. A year later, he was crowned national and international champion, making him just the second black world champion athlete, after bantamweight boxer George Dixon. He collected medals and prize money in races around the world, including in Australia, Europe, and all of North America.

As his successes mounted, however, Taylor had to fend off racial insults and attacks from fellow cyclists and cycling fans. Though black athletes were more accepted and had less overt racism to contend with in Europe, Taylor was barred from racing in the American South. Many competitors hassled and bumped him on the track, and crowds often threw things at him while he was riding. During one event in Boston, a cyclist named W.E. Becker pushed Taylor off his bike and choked him until police intervened, leaving Taylor unconscious for 15 minutes.

Exhausted by his grueling racing schedule and the racism that followed him, Taylor retired from cycling at age 32. Despite the obstacles, he had become one of the wealthiest athletes — black or white — of his time.

Later Years
Sadly, Taylor found his post-racing life to be more difficult. Business ventures failed, and he wound up losing much of his earnings. He also became estranged from his wife and daughter.

Taylor moved to Chicago in 1930 and boarded at a local YMCA as he tried to sell copies of his self-published autobiography, The Fastest Bicycle Rider in the World. He died penniless in the charity ward of a Chicago hospital on June 21, 1932.

Buried in the welfare section of Mount Glenwood Cemetery in Cook County, Illinois, Taylor’s body was exhumed in 1948 through the efforts of a group of former pro racers and Schwinn Bicycle Company owner Frank Schwinn, and moved to a more prominent area of the