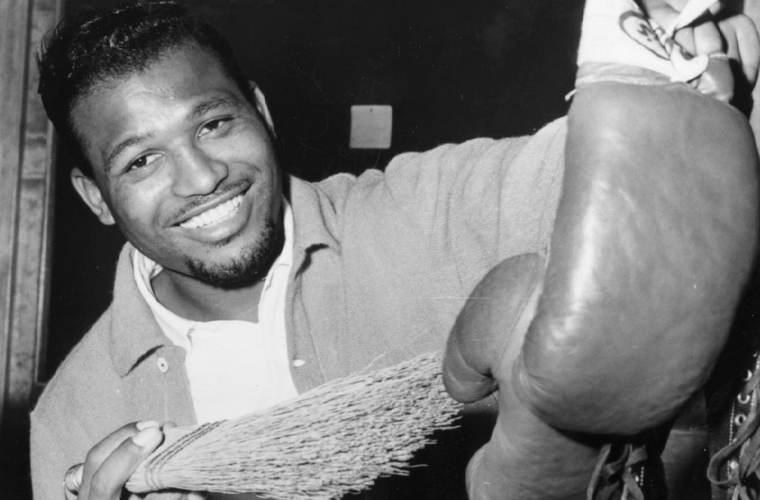 He won 89 amateur fights without defeat, fighting first under his own name and then as Ray Robinson, using the amateur certificate of another boxer of that name in order to qualify for about. He won Golden Gloves titles as a featherweight in 1939 and as a lightweight in 1940.

Robinson won 40 consecutive professional fights before losing to Jake LaMotta in one of their six battles. On Dec. 20, 1946, he won the welterweight championship by defeating Tommy Bell on a 15-round decision. Robinson resigned this title on winning the middleweight championship by a 13-round knockout of LaMotta on Feb. 14, 1951. He lost the 160-pound title to Randy Turpin of England in 1951 and regained it from Turpin later that year. In 1952 he narrowly missed defeating Joey Maxim for the light-heavyweight (175-pound) crown and a few months later retired.

Robinson returned to the ring in 1954, recaptured the middleweight title from Carl (Bobo) Olson in 1955, lost it to and regained it from Gene Fullmer in 1957, yielded it to Carmen Basilio later that year, and for the last time won the 160-pound championship by defeating Basilio in a savage fight in 1958. Paul Pender defeated Robinson to win the title on Jan. 22, 1960, and also won their return fight.

Robinson continued to fight until late 1965 when he was 45 years old. In 201 professional bouts, he had 109 knockouts. He suffered only 19 defeats, most of them when he was past 40. His outstanding ability and flamboyant personality made him a hero of boxing fans throughout the world. In retirement, he appeared on television and in motion pictures and formed a youth foundation in 1969.