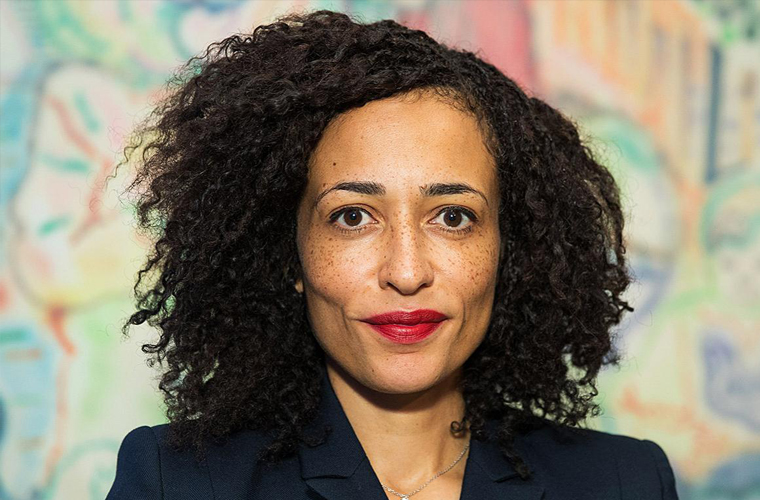 Zadie Smith, originally Sadie Smith, (born October 27, 1975, London, England), the British author known for her treatment of race, religion, and cultural identity and for her novels’ eccentric characters, savvy humor, and snappy dialogue. She became a sensation in the literary world with the publication of her first novel, White Teeth, in 2000.

Smith, the daughter of a Jamaican mother and an English father, changed the spelling of her first name to Zadie at age 14. She began writing poems and stories as a child and later studied English literature at the University of Cambridge (B.A., 1998). While there she began writing White Teeth, and at age 21 she submitted some 80 pages to an agent. A frenzied bidding war ensued, and the book eventually was sold to Hamish Hamilton. Smith took several more years to complete the novel, and in 2000 it was published to rave reviews. Set in the working-class suburb of Willesden in northwest London, White Teeth chronicles the lives of best friends Archie Jones, a down-on-his-luck Englishman whose failed suicide attempt opens the novel, and Samad Iqbal, a Bengali Muslim who struggles to fit into British society. Spanning some 50 years, the novel also details the trials and tribulations of their families, which prompted some critics to hail Smith as a modern-day Charles Dickens. The ambitious work won numerous awards, including the Whitbread First Novel Award (2000), and was a finalist for the National Book Critics Circle Award and the Orange Prize for Fiction.

Smith’s second novel, The Autograph Man, was published in 2002. It centers on Alex-Li Tandem, a Chinese Jewish autograph trader who sets out to meet a reclusive 1950s starlet and in the process undertakes his own journey of self-discovery. The Autograph Man, which also addresses the public’s obsession with celebrity and pop culture, received mostly positive reviews. Soon after the novel’s publication, Smith became a fellow at Harvard University’s Radcliffe Institute for Advanced Study.

On Beauty, published in 2005, further established Smith as one of the foremost British novelists of her day. The novel, heavily modeled on E.M. Forster’s Howards End, chronicles the lives of two families in the fictional town of Wellington, Massachusetts, just outside Boston. A comic work studying the culture wars and racial and ethnic overlap in a liberal college town, On Beauty was praised for its acumen and scathing satire. The novel was a finalist for the Man Booker Prize and won the 2006 Orange Prize for fiction.

NW (2012) centers on two women whose friendship—tempered by their straitened upbringings in a gritty London council estate—is tested by their divergent paths in adulthood. Though lauded for its evocative sense of place and sharply observed characters, the novel was deemed plotless and confusing by some critics. In her fifth novel, Swing Time (2016), Smith continued to explore issues of class and race while chronicling two childhood friends who both aspire to be dancers but whose lives take dramatically different turns.

Smith edited and contributed to the short-story collection The Book of Other People (2007) and published essay collections Changing My Mind (2009), Feel Free (2018), and Intimations (2020). Grand Union, a volume of her short stories, was released in 2019.