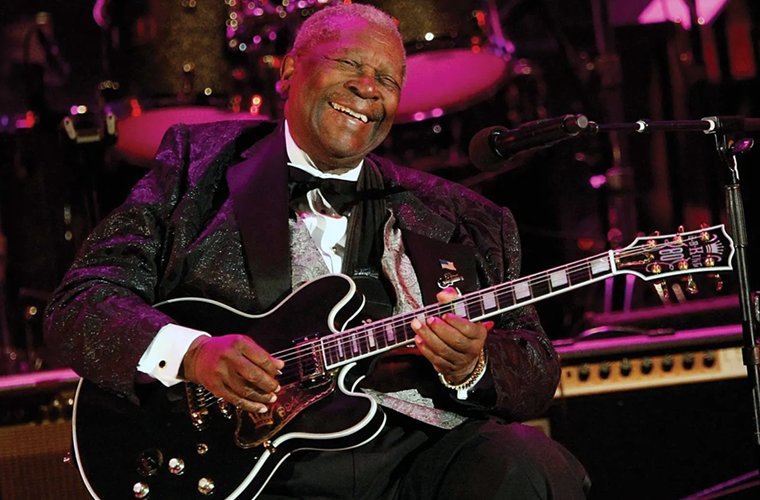 After serving in World War II, Riley B. King, better known as B.B. King, became a disc jockey in Memphis, Tennessee, where he was dubbed “the Beale Street Blues Boy.” That nickname was shortened to “B.B.” and the guitarist cut his first record in 1949. He spent the next several decades recording and touring, playing more than 300 shows a year. An artist of international renown, King worked with other musicians from rock, pop, and country backgrounds. He won his 15th Grammy Award in 2009. King died in 2015.
Early Career

A singer and guitarist born into a sharecropping family on September 16, 1925, in Itta Bena, Mississippi, King became one of the best-known blues performers, an important consolidator of blues styles, and a primary model for rock guitarists. Following his service in the U.S. Army, he began his career as a disc jockey in Memphis, Tennessee, where he was dubbed “the Beale Street Blues Boy.” That nickname was soon shortened to “B.B.”

King made his first recording in 1949, and the next year began a 12-year-long association with Kent/RPM/Modern, for which he recorded a string of rhythm and blues hits, including “You Know I Love You,” “Woke Up This Morning” and “Three O’Clock Blues,” which reached No. 1 on the R&B charts and became his first national hit. He also toured the nightclub circuit continuously, averaging more than 300 shows annually for over 30 years. His style of music earned him the title “King of the Blues.”

Famed Guitar ‘Lucille’
Coincidentally, the year that King made his first recording was also the same year that he named his beloved guitar. King attended a dance in Twist, Arkansas, that had a barrel lit with kerosene in the middle of the dance floor, used to keep the crowd warm late at night. While there, a fight broke out and the barrel was knocked over, causing a fire to spread throughout the venue. Everyone evacuated, including King, but he rushed back inside to retrieve his prized guitar.

Luckily, he managed to escape with his guitar as the building collapsed around him. King later learned that the fight erupted because of a woman who worked at the venue named Lucille. From then on, King named his guitar “Lucille” to remind himself never to do anything so foolish again.

The Thrill Is Gone
In 1962, King signed with ABC Records, which released Live at the Regal (1965), a benchmark blues concert album. In 1969, he released his biggest hit single, “The Thrill is Gone.” The first bluesman to tour the Soviet Union in 1979, by this time he had also become the first bluesman to enter the pop mainstream, making regular appearances in Las Vegas, Nevada, and on network television. King also found commercial success with the many collaborations he made over the years, including with artists Eric Clapton, Elton John, Sheryl Crow, Van Morrison, and Bonnie Raitt. In 1987, King was inducted into the Rock and Roll Hall of Fame

Highly-Acclaimed Musical Artist
One of music’s best-regarded performers, King picked up the Grammy Award for Best Traditional Blues Album in 2006 for his duets’ album 80, having won the award multiple times over the decades. Later that year, he received the Presidential Medal of Freedom from President George W. Bush. The legendary singer and guitarist also became the subject of his own museum, which opened its doors in 2008. The B.B. King Museum and Delta Interpretive Center in Indianola, Mississippi, is dedicated to King’s music, the music which influenced him, and the history of the delta area.

Also in 2008, King released his album One Kind Favor to critical acclaim. He did his own take on songs by John Lee Hooker, T-Bone Walker, and Lonnie Johnson, earning yet another Grammy Award for his efforts, marking his 15th win. In February 2012, King played a special gig at the White House with Buddy Guy and others. He and his fellow performers were accompanied by President Barack Obama on the song “Sweet Home Chicago.”

Later Years and Death
King played more than 250 concerts per year well into his 70s. In his 80s, the number of tour dates the guitarist booked was more limited in number. His health had been deteriorating over the past few years. After a shaky concert in April 2014 at the Peabody Opera House in St. Louis, fans voiced their concern about King on social media saying he appeared to be suffering from Alzheimer’s disease or dementia. After that show, the blues legend issued a public apology for his erratic performance. In October 2014, the 89-year-old fell onstage during a performance at Chicago’s House of Blues and canceled several upcoming gigs. In a statement issued on his website after the fall, it said the singer had been “diagnosed with dehydration and suffering from exhaustion.” But no matter where he was, King had his signature guitar “Lucille” in his hands. 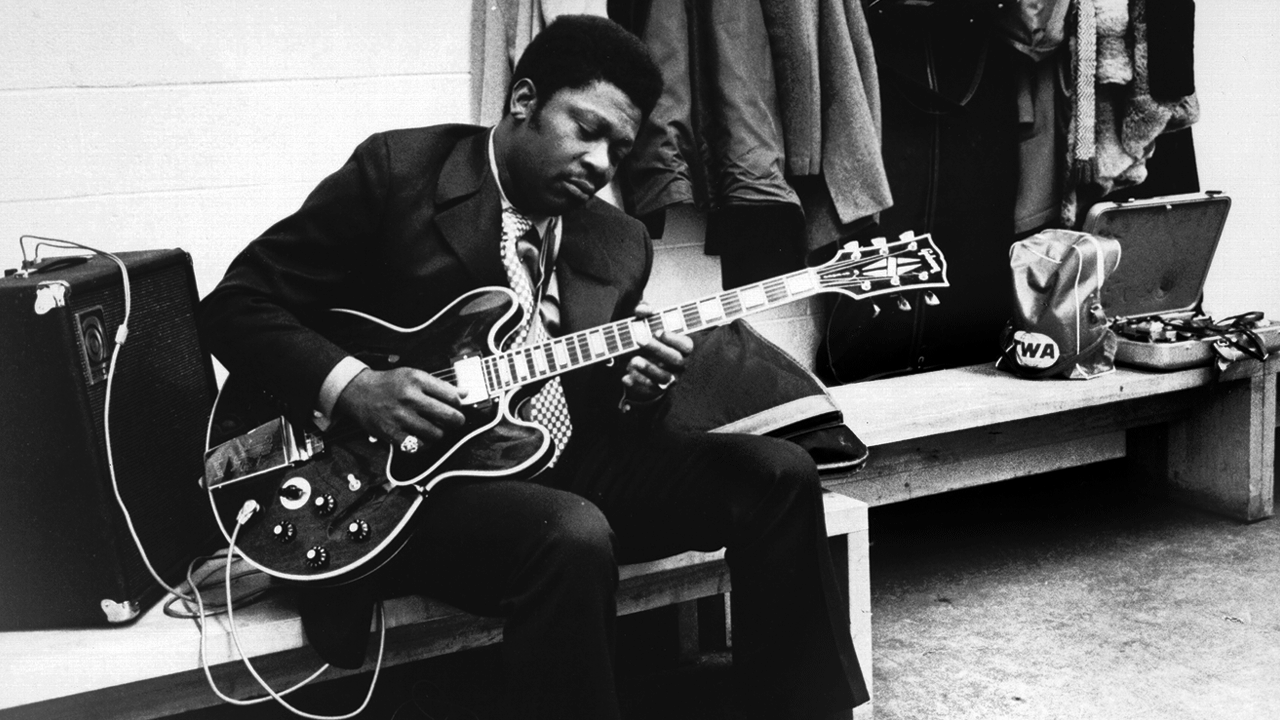 While in hospice care, King died in his sleep on May 14, 2015, in Las Vegas, Nevada, leaving behind an enduring musical legacy. In the days following King’s death, his daughters Karen Williams and Patty King said they believed King’s manager LaVerne Toney and personal assistant Myron Johnson had poisoned their father. “I believe my father was poisoned and that he was administered foreign substances to induce his premature death,” the daughters said in identical affidavits. “I believe my father was murdered.”

A lawyer for King’s estate released a statement, saying, “The allegations are baseless and unfounded and are unsupported in reality. Ms. Toney did everything she could to carry out the wishes of Mr. King while he was alive, and continues to carry out Mr. King’s wishes after his death.”

On May 27, 2015, thousands of fans lined Beale Street in Memphis, Tennessee to watch a funeral procession in honor of the late blues legend, who was nicknamed the Beale Street Blues Boy. King was buried in Indianola, Mississippi, his hometown, on May 30.