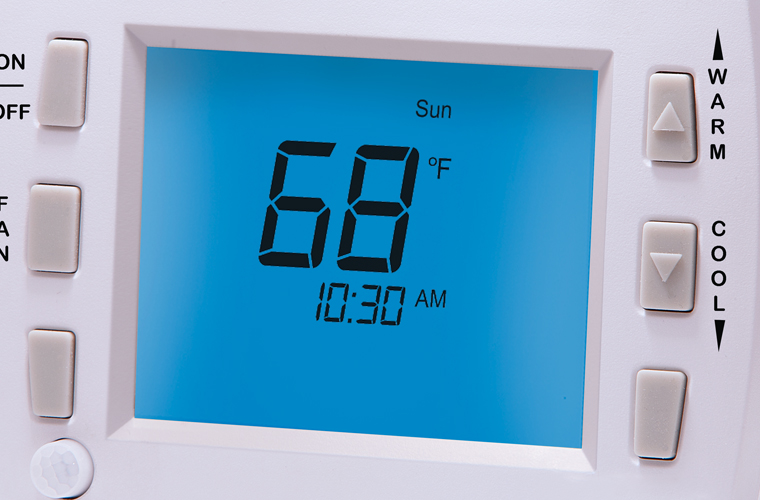 Inventor-entrepreneur Clarence L. Elder was born in 1935 in Georgia. As a young man, he decided to pursue a career in the field of electronics. He enrolled in and graduated from Morgan State College (now Morgan State University) in Baltimore, Maryland, and it wasn’t long before he had patented technology that has become ubiquitous in office buildings and schools around the world – the Occustat system.

The Occustat system is an energy conservation mechanism that works by monitoring the traffic, and hence the occupancy, in and out of rooms and buildings and automatically adjusting the heating and cooling levels accordingly. The system uses a light beam that is pointed across a room and can detect persons entering or leaving the area through the room’s entrances and exits. When space is empty, the detector signals the Occustat system to reduce the amount of cooling or heating energy being expended. Similarly, when more people enter a room the supply of energy for heating or cooling is increased. The system helps to reduce total energy consumption by as much as 30 percent.

Elder describes the system in his related patent documents:

“The present invention relates to controlling the environment for comfort and for economy and also to register an accurate count of persons entering and leaving a space such as a room or building with means to control the illumination and temperature modification of the building to reduce costs by reducing the illumination and modifying the temperature, either heating or cooling, to more economical levels when the space is unoccupied.”

The technology has been adopted by schools, hotels, municipal buildings and offices around the world and has spurred similar technologies used for lighting and other modern, so-called “smart-room” functions. Elder received U.S. Patent #4,000,400 for his “Bi-directional monitoring and control system” in 1975.

As founder and chief of his own research and development firm — Elder Systems, Inc., located in Baltimore — Elder had by this time began to gain notoriety as an innovator in his field. In 1965, he was awarded a plaque at the New York International Patent Exposition for “Outstanding Achievement in the Field of Electronics.”

Elder and his team have received at least 12 U.S. and foreign patents for technologies and products such as an unsinkable container and a new type of timing device.