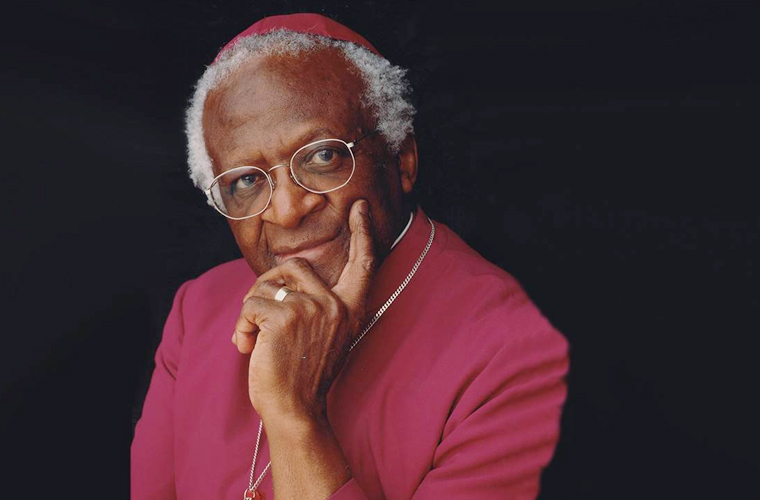 Desmond Tutu, in full Desmond Mpilo Tutu, (born October 7, 1931, Klerksdorp, South Africa), South African Anglican cleric who in 1984 received the Nobel Prize for Peace for his role in the opposition to apartheid in South Africa.

Tutu was born of Xhosa and Tswana parents and was educated in South African mission schools at which his father taught. Though he wanted a medical career, Tutu was unable to afford training and instead became a schoolteacher in 1955. He resigned his post in 1957. He then attended St. Peter’s Theological College in Johannesburg and was ordained an Anglican priest in 1961. In 1962 he moved to London, where in 1966 he obtained an M.A. from King’s College London. From 1972 to 1975 he served as an associate director for the World Council of Churches. He was appointed a dean of St. Mary’s Cathedral in Johannesburg in 1975, the first black South African to hold that position. From 1976 to 1978 Tutu served as bishop of Lesotho.

In 1978 Tutu accepted an appointment as the general secretary of the South African Council of Churches and became a leading spokesperson for the rights of black South Africans. During the 1980s he played an unrivaled role in drawing national and international attention to the iniquities of apartheid. He emphasized nonviolent means of protest and encouraged the application of economic pressure by countries dealing with South Africa. The award of the 1984 Nobel Prize for Peace to Tutu sent a significant message to South African Pres. P.W. Botha’s administration. In 1985, at the height of the township rebellions in South Africa, Tutu was installed as Johannesburg’s first black Anglican bishop, and in 1986 he was elected the first black archbishop of Cape Town, thus becoming the primate of South Africa’s 1.6 million-member Anglican church. In 1988 Tutu took a position as chancellor of the University of the Western Cape in Bellville, South Africa.

During South Africa’s moves toward democracy in the early 1990s, Tutu propagated the idea of South Africa as “the Rainbow Nation,” and he continued to comment on events with varying combinations of trenchancy and humor. In 1995 South African Pres. Nelson Mandela appointed Tutu head of the Truth and Reconciliation Commission, which investigated allegations of human rights abuses during the apartheid era.

Tutu retired from the primacy in 1996 and became archbishop emeritus. In July 2010 he announced his intention to effectively withdraw from public life in October, though he said he would continue his work with the Elders, a group of international leaders he co-founded in 2007 for the promotion of conflict resolution and problem-solving throughout the world. On October 7, 2010—his 79th birthday—he began his retirement.

Tutu authored or coauthored numerous publications, including The Divine Intention (1982), a collection of his lectures; Hope and Suffering (1983), a collection of his sermons; No Future Without Forgiveness (1999), a memoir from his time as head of the Truth and Reconciliation Commission; God Has a Dream: A Vision of Hope for Our Time (2004), a collection of personal reflections; and Made for Goodness: And Why This Makes All the Difference (2010), reflections on his beliefs about human nature. In addition to the Nobel Prize, Tutu received numerous honors, including the U.S. Presidential Medal of Freedom (2009), an award from the Mo Ibrahim Foundation that recognized his lifelong commitment to “speaking truth to power” (2012), and the Templeton Prize (2013).