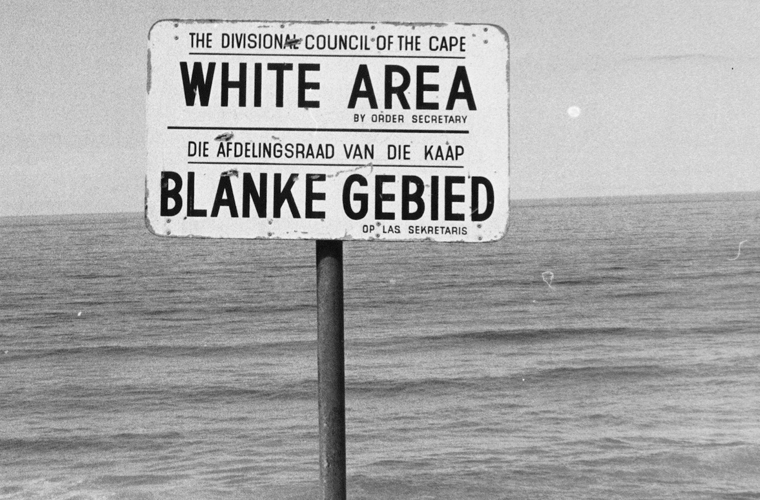 Apartheid, (Afrikaans: “apartness”) policy that governed relations between South Africa’s white minority and the nonwhite majority and sanctioned racial segregation and political and economic discrimination against nonwhites. The implementation of apartheid, often called “separate development” since the 1960s, was made possible through the Population Registration Act of 1950, which classified all South Africans as either Bantu (all black Africans), Coloured (those of mixed race), or white. A fourth category—Asian (Indian and Pakistani)—was later added.

Racial segregation, sanctioned by law, was widely practiced in South Africa before 1948, but the National Party, which gained office that year, extended the policy and gave it the name apartheid. The Group Areas Act of 1950 established residential and business sections in urban areas for each race, and members of other races were barred from living, operating businesses, or owning land in them. In practice this act and two others (1954, 1955), which became known collectively as the Land Acts, completed a process that had begun with similar Land Acts adopted in 1913 and 1936; the end result was to set aside more than 80 percent of South Africa’s land for the white minority. To help enforce the segregation of the races and prevent blacks from encroaching on white areas, the government strengthened the existing “pass” laws, which required nonwhites to carry documents authorizing their presence in restricted areas. Other laws forbade most social contacts between the races, authorized segregated public facilities, established separate educational standards, restricted each race to certain types of jobs, curtailed nonwhite labor unions, and denied nonwhite participation (through white representatives) in the national government.

Ladinos and Bozales: A Brief Early History of Africans in Colombia: 1500-1800