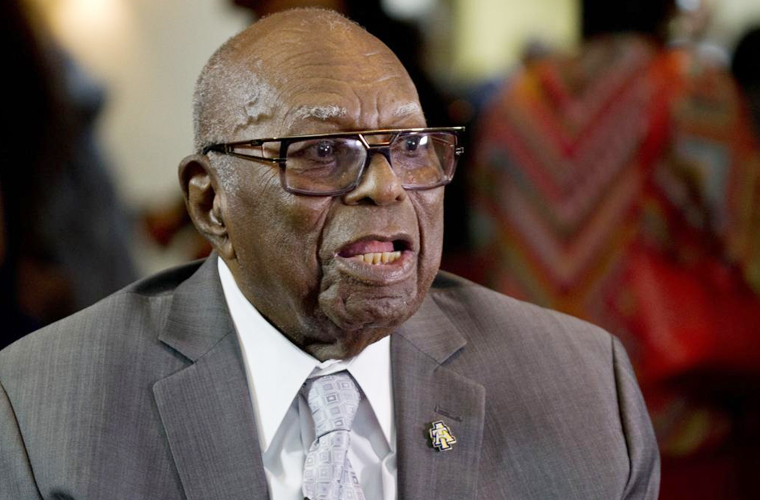 Medical surgeon Dr. Alvin Vincent Blount, Jr. was born on February 24, 1922, in Wake County, Raleigh, North Carolina. He was the eldest of four children and the only son of parents who worked as domestics. After graduating from Washington High School in Raleigh, Blount enrolled at North Carolina A & T University in 1939 where he served as the student body president and as chairman of the campus newspaper before graduating in 1943 with his B.A. degree in chemistry (magna cum laude). After graduating, Blount was accepted into a government-funded program that enabled him to enroll in Howard University Medical School where he studied under Dr. Charles Drew and received his M.D. degree in 1947. Blount spent three years on active duty in the U.S. Army during medical school. He completed a general surgery residency at Kate Bittings Reynolds Memorial Hospital in Winston-Salem.

In 1952, Blount was mobilized with the 8225th Infantry Division from Fort Bragg as a member of the U.S. Army Medical Corps’ 2nd Mobile Army Surgical Hospital (MASH) Unit that was sent to Korea. Blount, whose team performed ninety surgeries a week, went on to become a captain in the U.S. Army Medical Corps. He served as acting Chief of Surgery for the 8225th MASH Unit in Korea from 1951 until 1952 and was appointed Chief of Surgery for the 47th U.S. Army Combat Surgical Hospital in Southeast Asia. He returned to the United States in 1954.

In 1957, Blount became the first African American in North Carolina be certified by the American College of Abdominal Surgeons in 1957 and practiced at Kindred Hospital (formerly L. Richardson Hospital). He was a litigant of the suit Simkins v. Moses H. Cone Hospital (1963), the landmark Supreme Court decision that desegregated hospitals throughout the South. Blount became the first black surgeon admitted to the medical staff of Cone Hospital in 1964. He served as Chief of Surgery for L. Richardson Hospital and as Medical Director for the Guilford Health Care Center.

Blount was affiliated with numerous organizations including Kappa Alpha Psi Fraternity, the National Association for the Advancement of Colored People, and the Association of Guardsmen. He was a member of the Sigma Pi Phi Fraternity since 1970; and, in 1979, he established the Beta Epsilon Boule of the Sigma Pi Phi Fraternity in Greensboro. Blount, a 33rd degree Mason, was an honorary past Grand Master and Medical Director of the Prince Hall Masons of North Carolina. He received countless awards including the Order of the Long Leaf Pine, the highest honor that can be granted to a civilian in the state of North Carolina. In 1983, North Carolina A & T University awarded Blount an Honorary Doctorate of Humanities