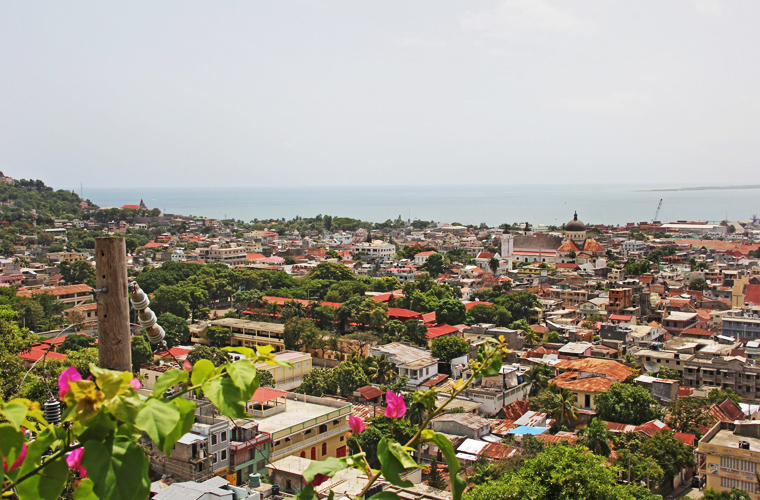 Cap-Haïtien also called Le Cap, city, northern Haiti. Founded in 1670 by the French, the city was then known as Cap-Français and gained early renown as the “Paris of the Antilles.” It served as the capital of the colony (then known as Saint-Domingue) until 1770 and was the scene of slave uprisings in 1791. U.S. ships used its harbor during the dispute with France (1798–1800) and during the American Civil War. Haitian and French troops razed the city in 1802. Henry Christophe, self-proclaimed king of Haiti, rebuilt much of it, but an earthquake in 1842 and a hurricane in 1928 destroyed many historic buildings; its colonial parish church survived.

The modernized harbor handles about one-ninth of Haiti’s import-export trade. Cap-Haïtien is also a market for local produce, including bananas, pineapples, sugarcane, coffee, and cacao. Its agricultural industry suffered when a large sisal (fiber plant Agave sisalana) plantation near the city closed in the 1980s, and the region experienced droughts as well as cheap food imports. Bitter oranges, however, have been a successful export crop; they are used by Cointreau and Grand Marnier to make liqueurs. There is some small-scale industrial development.

A new highway reduced the traveling time between Port-au-Prince and Cap-Haïtien from 11 to 3 hours and effectively opened the area to tourism. Attractions include the nearby palace of Sans-Souci and the fortress of La Citadelle Laferrière, both built by Henry Christophe and now in the National History Park; they were designated UNESCO World Heritage sites in 1982. The citadel often called the Eighth Wonder of the World, was begun in 1804 and took 13 years and 200,000 former slaves to complete. It is accessible only by a two-hour ascent by mule. The nearly ruined palace of Napoleon’s sister Pauline Bonaparte, the wife of Gen. Charles Leclerc, recalls Leclerc’s ill-fated invasion ordered by Napoleon in 1801. Pop. (2003) 111,094.