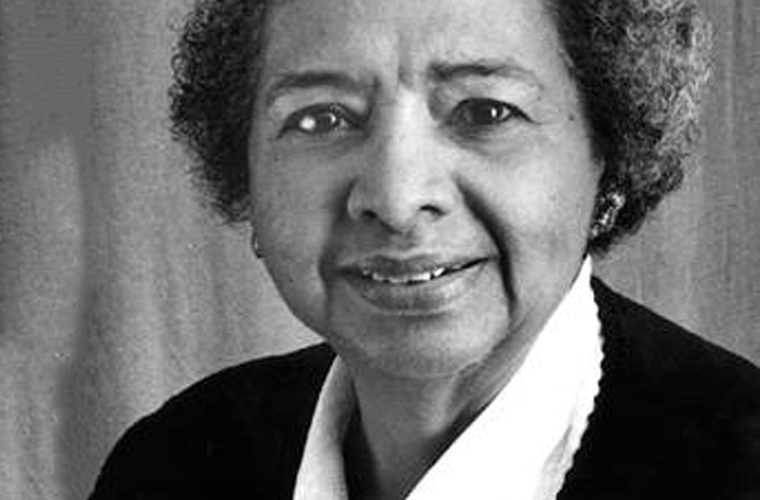 Grace James was born in Charleston, West Virginia in 1923. While her father Edward L. James was busy running his own production company, her mother Stella Grace Shaw James managed the local post office. After spending her early years in the town of Institute, West Virginia, Grace left to attend West Virginia State College. She completed post-graduate work there and at the University of Chicago before entering Meharry Medical College in Nashville, Tennessee, graduating with an M.D. degree in 1950. Dr. James then moved to New York City, where she completed an internship and pediatric residency at Harlem Hospital. Around this time, she also became a clinical fellow at Babies Hospital and the Vanderbilt Clinic, both part of Columbia Presbyterian Hospital. She also broadened her training to include child psychiatry, studying at Creedmoor State Hospital in Queens Village and becoming a fellow at the Albert Einstein School of Medicine, where she cared for children with disabilities.

In a fellowship application addressed to the National Urban League before she entered medical school, she explained that she had decided to pursue a career in medicine because of “interest in human suffering” and the suffering of African Americans in particular. She also noted that a visit to Lincoln Hospital in the Bronx had inspired her to help “the ones who needed to be taught, educated and given a chance to learn sound principles of health.” Dr. James made good on these promises when she moved to Louisville in 1953, opening a private pediatrics practice and a walk-in clinic serving Louisville’s impoverished “West End” residents. In 1974, Dr. James also helped lead the Council on Urban Education and helped establish the West Louisville Health Education Program.

Dr. James worked for the Louisville and Jefferson County Departments of Public Health, acted as a pediatrician for the West End Day Care Center, and accepted a position as instructor in child health at the University of Louisville School of Medicine. Eventually, she became affiliated with eight Louisville-area hospitals and became the first African American woman on the staff of Louisville Children’s Hospital and one of only two black women on the faculty of a southern medical school in the early 1950s.

In a series of public lectures and talks, as she advocated for African American youth to embrace the study of medicine, she described the obstacles she had to face in her career, including the “triple jeopardy” confronting black women in particular—that of “racism, capitalism, and sexism”—that prevented many from pursuing or completing their studies. In fact, there was, as she saw it, “something bordering on a conspiracy to keep young people out of this vast field, even while the conspirators themselves have bemoaned the shortage of manpower.” Her strong words were intended to motivate young people, especially African Americans, to embrace the study of medicine. James was a tireless activist for her causes, including comprehensive, preventive, and universal care.

When Dr. Grace James died in 1989, members of the medical profession and the African American community she had served marked her passing with gratitude and respect. Dr. James’ lifelong commitment was to improve the health of Louisville’s black residents, who had been largely ignored by the city’s white medical community. In her prominent position as the first African American woman to serve on the attending staff at Louisville’s Children’s Hospital, as well as her position on the faculty at the University of Louisville School of Medicine, she was a role model as well as a friend and family physician for some of the poorest residents of Louisville.