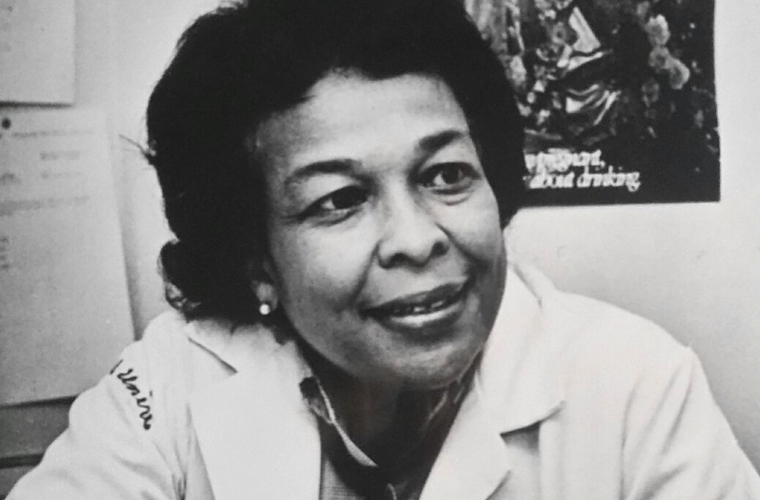 Roselyn Payne Epps has spent her life and career as an advocate for women, minorities, and the underserved. Combining her skills as a doctor and administrator, she is recognized for her foresight and leadership in medicine, pediatrics, maternal and child health, women’s health, and public health. As the first African American local and national president of the American Medical Women’s Association, she helped to establish the AMWA Foundation, to endow its women’s health initiatives and to support research advocacy, service, and scholarship programs.

Dr. Epps was a scientific program administrator from 1995 to 1998, at the National Cancer Institute of the National Institutes of Health, where she planned and implemented strategies to distribute smoking prevention and cessation research results to a hundred thousand health professionals throughout the United States and abroad. She was also a program officer for several research initiatives focusing on cancer screening and diagnosis.

Dr. Epp’s career has included research, private practice, and work at D.C. Department of Public Health, including medical officer in child health clinics, director of the comprehensive Clinic for Retarded Children, chief of the Infant and Preschool Division, director of the Children and Youth Project, chief of the Bureau of Maternal and Child Health, director of Maternal and Child Health and Crippled Children’s Services, and chief of the Bureau of Clinical Services. In 1980, Dr. Epps was appointed the district’s first acting commissioner of public health, supervising three thousand employees, managing a thirty-million-dollar budget, and consolidating five separate administrations into a single commission.

Dr. Epps served as a senior program advisor to the Howard University Women’s Health Institute and was a professor emerita of Pediatrics and Child Health at Howard University. From 1984 to 1989 she was chief of its Child Development Division and director of the Child Development Center, where she directed a project to identify and assist learning disabled children, their parents, and schools.

Dr. Epps has authored more than ninety professional articles in peer-reviewed publications, including sixteen chapters and books. She co-edited The Women’s Complete Healthbook selected by the New York Public Library as one of 1995’s most outstanding reference books. She was also co-editor of Developing a Child Care Program, a guide for hospital and corporate decision-makers, and has written health columns in regional and national newspapers.

Dr. Epps was married to her medical school classmate, Charles H. Epps, Jr., MD, an orthopedic surgeon who was dean of Howard University’s College of Medicine and currently a special assistant for health affairs to the president of Howard University. Three of their children earned the M.D. degree, and one holds an M.B.A.