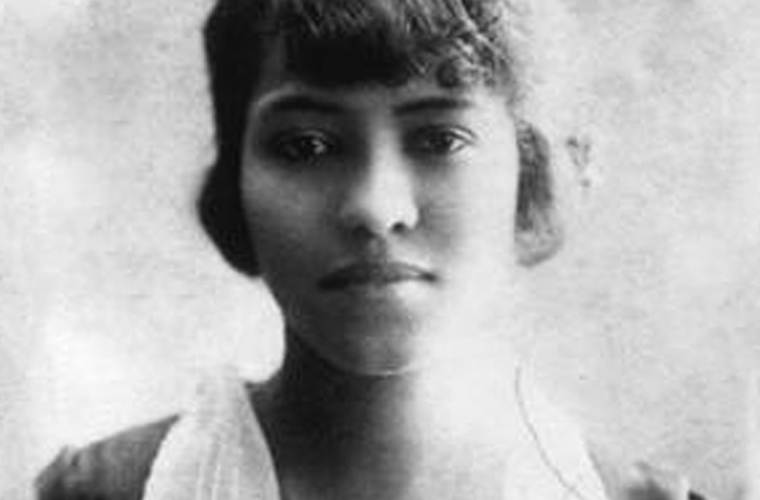 Dr. Ruth Marguerite Easterling, a pathologist, worked with William Augustus Hinton, the African American physician who developed the Hinton test for syphilis. She also served on the staff of the Tuskegee Veterans Administration Hospital in Alabama and was director of laboratories at the Cambridge Massachusetts City Hospital. Although not many details regarding her life and work have been preserved, she is memorialized by a scholarship for minority students established in her name at her alma mater, Tufts University.

Ruth Marguerite Easterling was born in Georgetown, South Carolina, in 1898, the only child of Mr. and Mrs. James David Easterling. As a child, she moved with her family to Cambridge, Massachusetts, where she lived most of her life. Educated at the Ellis Grammar School and Cambridge High and Latin School, from which she graduated with honors, she attended Jackson College, the women’s coordinate college to Tufts in nearby Medford, studying a pre-medical curriculum. With its tradition of liberal humanism and a history of enrolling black students dating back to the late 19th century, Tufts was a relatively comfortable place for a young black woman of Ruth Easterling’s time.

At the age of nineteen, Ruth Easterling entered the Medical School of Tufts College, where she was an outstanding scholar. The medical school had been coeducational since it opened its doors in 1893 with eight women in the first graduating class. By 1905, the school was the largest medical school in New England, with 403 students and a faculty of 105.

After graduating on June 10, 1921, Dr. Easterling moved to New York, where she interned at Metropolitan Hospital, a municipal facility on Welfare Island. The hospital was largely staffed by the faculty of New York Medical College, which had a reputation for training superb clinicians and scholars.

Dr. Easterling completed her internship at Metropolitan Hospital in 1922 and began her career as a pathologist. She was affiliated with the Harvard laboratories and Beth Israel Hospital in Boston and worked with Dr. William Augustus Hinton, the son of freed slaves, who in 1927 perfected the Hinton test for syphilis. The Hinton test replaced the Wasserman test as the most accurate blood serum test for syphilis. Dr. Hinton assisted with tuberculosis research that Dr. Easterling conducted with Dr. John B. West. Their findings were published in 1939.

Dr. Easterling moved south for a time, serving on the staff of the Tuskegee Veterans Administration Hospital in Tuskegee, Alabama. She returned to Cambridge to assume the position of director of the laboratories at the Cambridge Massachusetts City Hospital.

In 1943 Dr. Easterling was diagnosed with breast cancer. She died at Cambridge City Hospital on June 16, 1943, at the age of 45. The speaker of the Massachusetts House of Representatives and the Cambridge city manager wrote letters of condolence to Dr. Easterling’s parents, citing her service to the city and the state.

In 1979 the Progressive Alliance of Minority Students at Tufts University School of Medicine established the Dr. Ruth M. Easterling Scholarship, which honors Dr. Easterling’s accomplishments and helps minority students finance their medical education. Her portrait, dedicated to Tufts University School of Medicine in 1980, hangs in the Sackler School of Graduate Biomedical Sciences. More than eighty years after her graduation from the Medical School of Tufts College, Dr. Easterling continues to serve as an inspiration to those who follow.