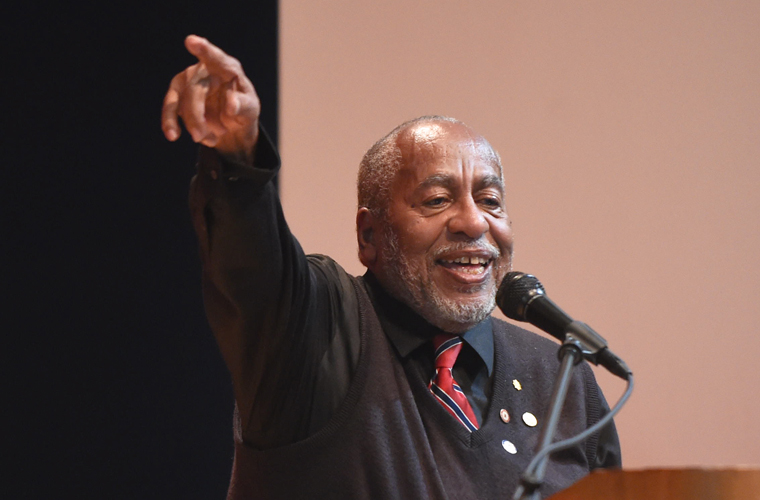 As a National Science Foundation Postdoctoral Fellow at Massachusetts Institute of Technology in Cambridge, Massachusetts from 1968-1970, Dr. Mickens conducted research on the properties of scattering amplitudes from strongly interacting particles at high energies. In 1970, he returned to Fisk University to teach physics. During his time at Fisk, Mickens also conducted research at Aspen Center for Physics in Aspen, Colorado, and Lawrence Livermore National Laboratory in Livermore, California.

He has traveled around the world and the United States for physics, mathematics, chemistry, and educational conferences, attending and presenting at over 500 events. During his time at Clark Atlanta, he also served as a visiting professor and lecturer at universities across the country. Dr. Mickens serves on the editorial boards of several research journals and is an active participant in numerous professional societies including the American Mathematical Society, the American Physical Society (for which he is an elected Fellow), and the National Association of Mathematicians. He previously served as the historian of the National Society of Black Physicists and was one of the founders of the National Conference of Black Physics Students. Mickens married Maria Kelker in 1977 and they have two children, James and Lea.