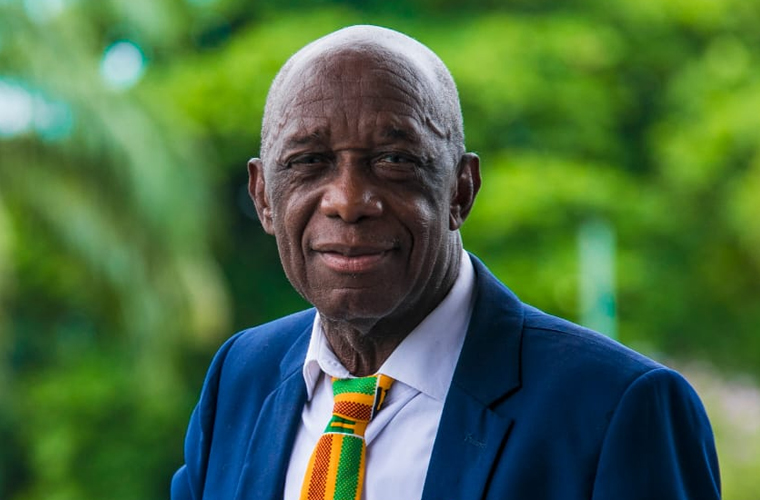 Dr. Thomas Mensah is a world-renowned Ghanaian-American inventor and chemical engineer. Mensah is most well-known for his pioneering innovations in fiber optics and nanotechnology, though he has found success in other fields of science and throughout his career. Though he frequently travels, Mensah lives in Atlanta, Georgia with his wife and two children, Kimberly and Michelle.

Mensah was born in Kumasi, Ghana in 1950. Mensah was an inquisitive and intelligent child who became fluent in French at an early age, often speaking with his father’s French business associates. For his primary education, Mensah attended the exclusive Adisadel College boys school in Cape Coast, proving himself to be a superb scientist and mathematician. After graduating from Adisadel College, Mensah received a scholarship from the University of Science and Technology in Kumasi, Ghana, where he studied chemical engineering. After graduating with honors in 1974, Mensah received a fellowship from the French government to study at Montpelier’s University of Science and Technology (USTL). While attending USTL, Mensah participated in a Massachusetts Institute of Technology (MIT) program, receiving a certificate in Modeling and Simulation of Chemical Processes in 1977. In 1978, Mensah received a Ph.D. from USTL.

In 1980, Thomas Mensah moved to the United States and took a job as a research engineer with Air Product and Chemicals in Allentown, Pennsylvania but by 1983 he was employed at Corning Glass Works in Sullivan Park, New York as a fiber optics research engineer. While working at Corning Mensah developed and created what at the time was the fastest fiber optics draw and coating process—receiving four patents for his innovation—which was recorded at 50 meters per second. In 1986, Mensah joined AT&T Bell Laboratories, where he led the development of fiber optics utilized in guided missiles. Mensah’s work at Bell Laboratories ultimately resulted in the development of a fiber optics system that has been successfully deployed at speeds of up to Mach 1. He received another three patents for his developments in the guided missile program.

Mensah also founded Supercond Technology, a high-tech firm that specializes in developing advanced structural materials for supersonic fighter aircraft. Mensah is one of the founding members of the Emerging Technologies area of the American Institute of Chemical Engineers (AlChE) and he is the only black person to have served as the National Chairman of the Materials and Engineering Sciences Division of the AlChE. In 1987, Mensah was elected as a director and member of the Council of Board of Directors for the AlChE, where he served until 1990. From 1988 to 1992, Mensah was also a member of the visiting committee and advisory board for chemical engineering at MIT. Mensah is currently the President and CEO of Georgia Aerospace Systems, an advanced aerospace nano-manufacturing company, and Chairman of Lightwave Systems, a fiber optics company that builds broadband networks in the United States and Sub-Saharan Africa.

Mensah has also been commissioned to work on specialized projects for NASA (superconductors for space communication), the U.S. Army (the smart munitions Picatinny Arsenal), and the U.S. Department of Energy (fiber optics sensors for highway traffic monitoring). Mensah also led a team in the design of one of the most advanced scalable high vacuum radio frequency sputtering systems used for manufacturing electronic products, like computer chips.

Currently, Mensah is working on next-generation Micro-Electro-Mechanical Systems (MEMS) and nano-technology, and developing the Success Amusement Parks, a program that focuses on culture and achievement for people of color. Mensah gives presentations around the world and has led a number of symposia for the American Institute of Chemical Engineers.