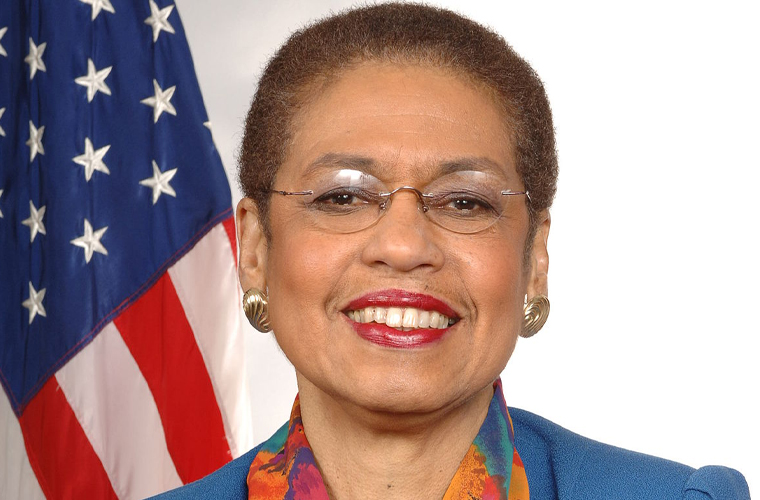 Eleanor Holmes Norton, née Eleanor Holmes, (born June 13, 1937, Washington, D.C., U.S.), American lawyer and politician who broke several gender and racial barriers during her career, in which she defended the rights of others for equal opportunity.

After attending Antioch College (B.A., 1960) in Yellow Springs, Ohio, Norton received degrees from Yale University in American studies (M.A., 1963) and law (J.D., 1964). In late 1964 she began clerking for a federal judge in Philadelphia before moving to New York City, where she became the assistant legal director of the American Civil Liberties Union (ACLU). She worked there for five years, specializing in freedom-of-speech cases.

Norton gained national exposure in 1968 when she represented former Alabama governor George Wallace, who was denied permission to hold a political rally at Shea Stadium in New York City. In 1970 she became the first woman to head the New York City Commission on Human Rights. Three years later she helped found the National Black Feminist Organization, and in 1975 she coauthored Sex Discrimination and the Law: Causes and Remedies. In 1977 President Jimmy Carter appointed her chairman of the Equal Employment Opportunity Commission, a position she held until 1981.

In 1982 Norton became a professor at Georgetown University Law Center. From 1991 she served as a nonvoting delegate to the U.S. House of Representatives from the District of Columbia. At the time of her election, she was one of only three African American women in Congress. A prolific legislator, she had numerous bills enacted, and in 1993 she successfully lobbied for the right to vote on the House floor as a representative of the District of Columbia, a first in the history of the District. In 1995, however, her vote was taken away, but Norton actively campaigned to restore the right.