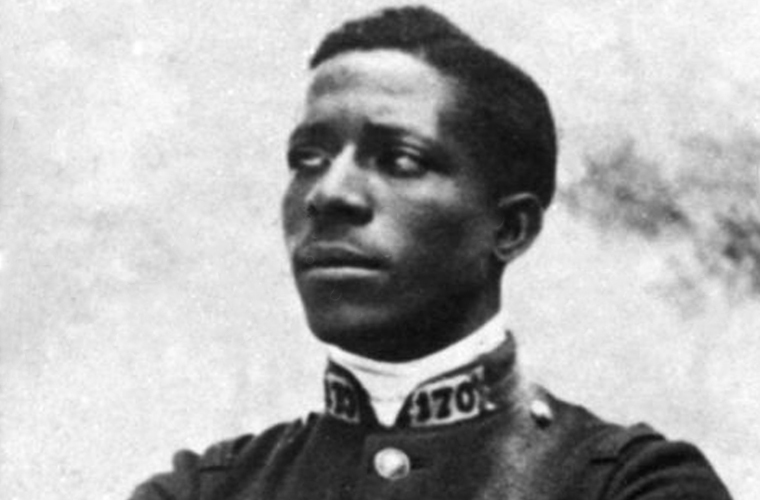 Eugene Bullard was born on 9th October 1894 to a Creek Indian mother and “Big Chief Ox” is one of ten children. He left home at 8 after seeing his father narrowly escape a lynching, to seek his way to France where his father had told him a man was judged on merit, not on the color of his skin. At the age of ten, he stowed away on a ship leaving New York for Scotland. For the next ten years, Bullard had various jobs, including being a prizefighter and working in a music hall.

After a trip to Paris he decided to stay in France and when the First World War broke out in 1914 he joined the French Foreign Legion. He fought as an infantryman until 1916 when he was wounded twice. During this period he became known as the “Black Swallow of Death”, taking his nickname from that of his infantry unit (the ‘Swallows of Death’).

In 1916 he was selected for transfer to the Lafayette Flying Corps in the French Airforce. It was while serving with this unit that Bullard was to achieve his fame. On 7th May 1917, he became the world’s first Black fighter pilot. He flew over 20 combat missions and achieved 2 kills later with 93 Spad Squadron.

When the US entered the war he tried to enlist in his own country’s flying corps and although he passed the medical he was not accepted as at that time black people were not allowed to be pilots in the US forces. Bullard’s hot temper also got him into trouble and he was transferred back to the French infantry in January 1918 after he got into a fight with another French officer while off duty.

When the war ended Bullard made his living in Paris, eventually owning his own nightclub. He married a French countess but after having two daughters the marriage broke up with Bullard having custody of the two girls. As a black nightclub owner and something of a celebrity, he acquired many famous friends including Josephine Baker and Louis Armstrong.

At the start of World War 2, Bullard agreed to spy on Germans frequenting his club in Paris as he spoke German, but when the Germans invaded he fled Paris with his girls and fought in defense of Orleans where he was wounded in the back, an injury from which he would never fully recover. He fled to Spain and then from there returned to the USA in July 1940.

He found that in the country of his birth he was not a celebrity and again worked a variety of jobs, including selling perfume and working for Louis Armstrong. His nightclub in Paris had been destroyed during the war. Compensation from the French purchased him a flat in Harlem, but Bullard never felt truly at home in the US.

In 1954 he was invited back to France to help rekindle the everlasting flame at the tomb of the Unknown Soldier and was made a Knight of the Legion of Honour in 1959. Returning to Harlem he died alone and in poverty of stomach cancer on 12th October 1961. He was buried with honors in the French War Veterans area in a cemetery in ‘Queens’ New York.

Ironically thirty-three years after Bullard died, the country that refused to let him fly because of the color of his skin commissioned him as a 2nd Lieutenant in the USAF, the date of this honor being 23rd August 1994, exactly 77 years after he was refused entry to the US flying Corps.