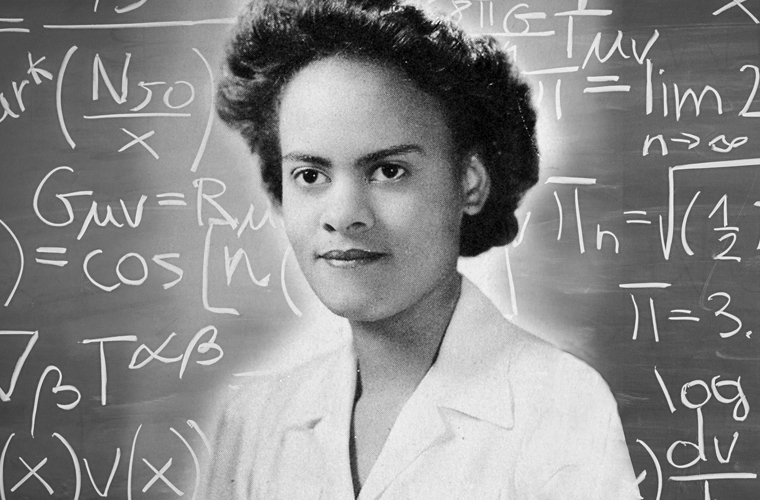 Mathematician Evelyn Granville Boyd was born on May 1, 1924, in Washington, D.C. Her father, William, mainly worked as a custodian and separated from the family when she was young. Her mother, Julia, was an examiner for the U.S. Bureau of Engraving and Printing. Granville attended Dunbar High School and was encouraged to pursue a career in mathematics by math teachers Ulysses Basset, a Yale graduate, and Mary Cromwell, a University of Pennsylvania graduate. She graduated Dunbar as class valedictorian and went on to attend Smith College to study mathematics and physics. At Smith, Granville was elected to the academic society Phi Beta Kappa and graduated in 1945 summa cum laude with a B.A. in Mathematics.

After graduating from Smith, and with a fellowship from Smith, Granville enrolled at Yale University and earned her M.A. in Mathematics and Physics in 1946. At Yale, she was awarded a Julius Rosenwald Fellowship and began working towards her Ph.D. Her doctoral work focused on functional analysis and her dissertation title was On Laguerre Series in the Complex Domain. She graduated from Yale with a Ph.D. in Mathematics becoming the second African-American woman in the U.S. to earn a Ph.D. in Mathematics (after Euphemia Lofton Haynes in 1943).

After Yale, Dr. Granville spent a year as a research assistant at the New York University Institute of Mathematics and was also a part-time Math instructor at New York University. She then accepted a position at Fisk University as an associate professor of mathematics. In 1956 Dr. Granville left academia and joined IBM. She worked on the Project Mercury and Vanguard space programs as an applied mathematician making real-time calculations during satellite launchings. She also wrote programs for the IBM 650 computer. In 1962, after moving to Los Angeles, she accepted a position as a research specialist at the Space and Information Systems Division of the North American Aviation Company. There, Dr. Granville worked on trajectory analysis, numerical analysis, orbit computation and computer programs for the Appolo space program.

In 1967, Dr. Granville returned to academia as a professor at California State University (Los Angeles) and later as professor and chair of the Mathematics department at the University of Texas at Tyler.

Throughout her career, professor Granville has dedicated much of her time to promoting math education, especially at the elementary school level. She has served on the National Council of Teachers of Mathematics and in 1999 became only the third African-American woman to be honored by the National Academy of Science