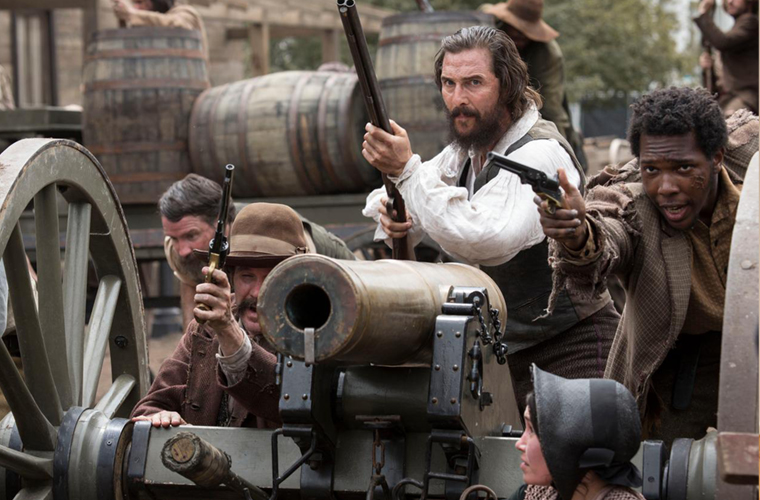 I recently watched Free State of Jones starring Matthew McConaughey, and as a scholar of both the American Civil War and the broader subject of US race relations, I found it very interesting.  Hollywood has a habit of frustrating historians with its seemingly systematic inclusiveness of historical inaccuracies, and I am one of those academics who cringe at blockbuster films’ distortions, exaggerations, and frequent blends of fiction and reality. However, I increasingly understand that these issues can be overlooked if the film succeeds in forcing its audience to consider the relevance of a historical event to present political issues. The Free State of Jones has done this.

The film analyses the life of radical activist Newton Knight (Matthew McConaughey) during two critical events in American history – the Civil War and the Union’s subsequent Reconstruction. Whilst the former has continuously been addressed in books, film, and re-enactments, the latter is terribly neglected in American national memory, largely owing to its being such an unpleasant and shameful part of the country’s past and it is the accurate depiction of Reconstruction which makes Free State of Jones advisable viewing for anyone seeking to understand why the issue of American race relations, historically, has been and continues to be a troublesome one.

Although this film is based on a true story taking place in Jones County, Mississippi, two fictional characters make this film invaluable – Moses Washington (Mahershala Ali), and his son (Kylen Davis).  It is a common misconception that slavery, in all forms, ended with the Civil War, but this was not the case and the Free State of Jones has brought this into the limelight.  The character of Washington’s son is an ex-slave who immediately after the war is forced to work on a plantation as an ‘apprentice’. This form of forced labor existed throughout the American South from 1865-67 owing to the ‘Black Codes’, laws which resulted in countless recently-freed slaves being ordered to pay heavy fines for committing minor crimes such as loitering.  Should they not be able to pay the fee, which was almost always the case, they were imprisoned and then leased by the state to work on plantations. 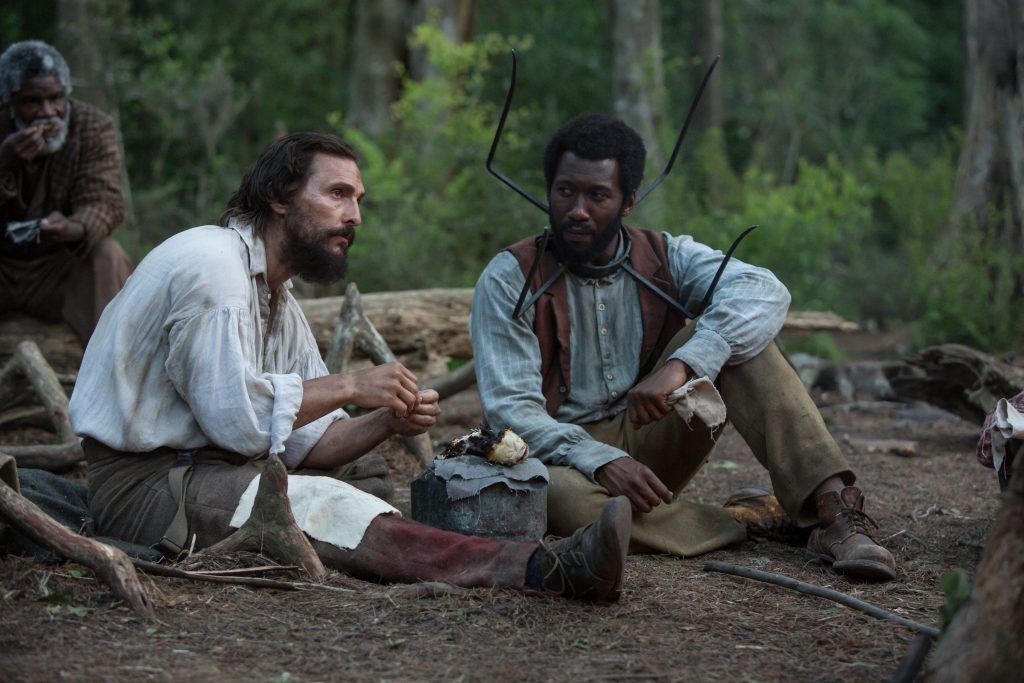 (L to R) MATTHEW McCONAUGHEY and MAHERSHALA ALI star in the FREE STATE OF JONES.

Moses Washington’s character proactively marches around Jones County after the war registering blacks to vote, resulting in his being lynched and castrated by a white mob.  Some viewers may wonder why a character that did not actually exist was brought into the film and forced to suffer such a violent, graphic death.  The reason is simple – any black who registered to vote, or indeed made any motion for equality, risked a nighttime attack by the Ku Klux Klan, a terrorist group created in 1866 which existed in many pockets of the South throughout Reconstruction to help restore white supremacy, and the film accurately depicts the sort of violence black families faced in this period – being whipped, hanged, shot, and homes burned. Viewers will struggle to understand the mutilation of corpses which frequently happened during lynchings, of which there were 581 such incidents in Mississippi alone from 1882-1968. Therefore, Mahershala Ali’s character represents the numerous blacks who suffered at the hands of the Klan simply for standing up for their constitutional rights.

In fact, although blacks (men) were first given the vote with the 15th constitutional amendment in 1870, most Southern blacks were unable to exercise their right to vote until 1965 and the origin of this near-100-year campaign by white Southerners to turn away black voters and stuff the ballot boxes is accurately depicted in this movie.

Intertwined with the Civil War and Reconstruction history is the court battle fought by Newton Knight’s great-great-great-grandson who in 1948 was convicted for violating Mississippi’s law against inter-racial marriage, also shown in the film, reflecting how racism was ingrained in Southern society long after the Civil War ended – 15 American states had such miscegenation laws until the US Supreme Court ruled them unconstitutional in 1967.

But racism is not strictly a Southern phenomenon in the United States, nor is it confined to state-level politics. The Black Lives Matter movement, largely concerning police brutality against African-Americans, is active nationwide and during his successful campaign for the presidency Donald Trump failed to share concerns of lobbyists regarding frequently-documented police brutality towards unarmed blacks, instead consistently stating that as president he would enforce ‘law and order’.

Since November, numerous black leaders have expressed concerns about unfair treatment at the hands of Federal authorities who traditionally, and historically, have protected them from blatant discrimination at the state level. Trump’s attorney general is Jeff Sessions, an Alabama senator who appears to have praised the Ku Klux Klan in the past and been accused of attempting to limit black voting rights.  The current White House Chief Strategist, Steve Bannon, previously served as executive chair of far right-wing Breitbart News, which is frequently labeled as racist and anti-Semitic. It is no wonder that many black Americans are concerned about their future.

William Faulkner, a native Mississippian, once stated, ‘The past is never dead.  It’s not even past.’  Sadly, American race relations of the past 300 years certainly prove the famed author correct, and someone wishing to catch an accurate depiction of one very dark chapter of US history and gain a deeper understanding of contemporary American race issues will benefit from viewing the Free State of Jones.