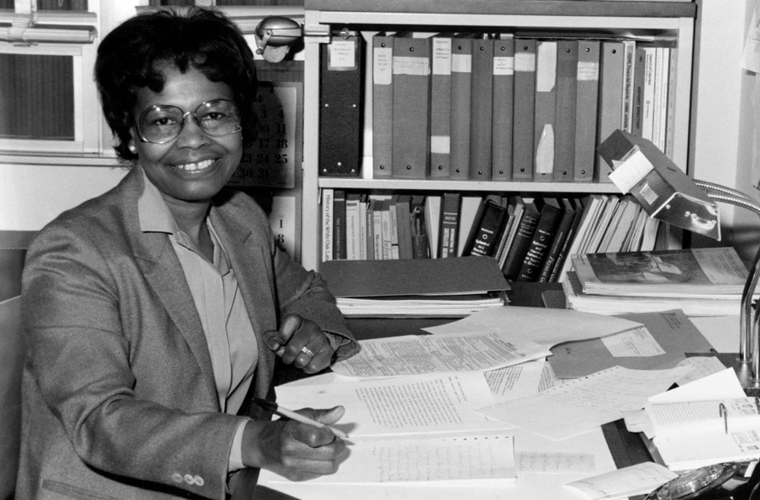 Gladys Mae West (née Brown) (born 1930 or 1931) is an American mathematician known for her contributions to the mathematics underpinning Global Positioning Systems.

In 1956 West began to work at Naval Surface Warfare Center Dahlgren Division, where she was the second black woman ever to be employed. West began to collect data from satellites, eventually leading to the development of the Global Positioning System. Her supervisor Ralph Neiman recommended her as project manager for the Seasat radar altimetry project, the first satellite that could remotely sense oceans. In 1979, Neiman recommended West for commendation. West was a programmer in the Dahlgren Division for large-scale computers and a project manager for data-processing systems used in the analysis of satellite data.

In 1986, West published “Data Processing System Specifications for the Geosat Satellite Radar Altimeter”, a 60-page illustrated guide. The Naval Surface Weapons Center (NSWC) guide was published to explain how to increase the accuracy of the estimation of “geoid heights and vertical deflection”, topics of satellite geodesy. This was achieved by processing the data created from the radio altimeter on the Geosat satellite which went into orbit on 12 March 1984. She worked at Dahlgren for 42 years, retiring in 1998. Her contributions to GPS were only uncovered when a member of West’s sorority, Alpha Kappa Alpha, read a short biography West had submitted for an alumni function.