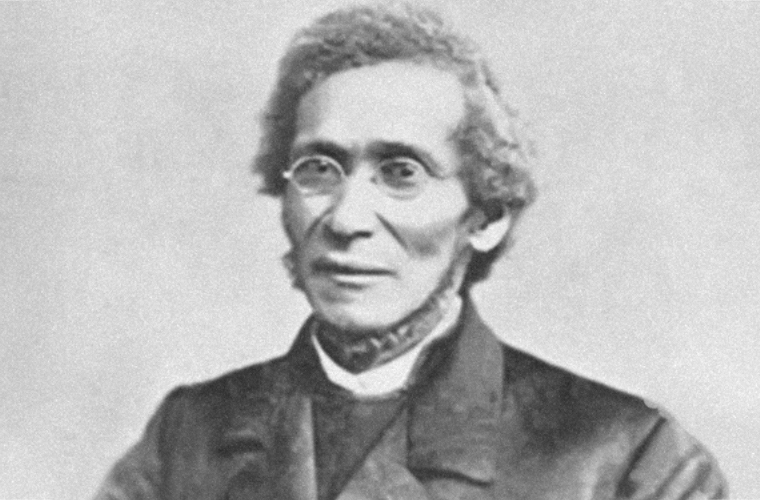 Born on February 24, 1811, to free Black parents London and Martha Payne in Charleston, South Carolina, Daniel Alexander Payne would become a Bishop in the African Methodist Episcopal (A.M.E.) Church, President of Wilberforce University, abolitionist, educator, and historian. When Payne was four his father passed away.  His mother died when he was nine. Payne was raised by his great-aunt, Sarah Bordeaux, after their passing.

Daniel Payne studied at the Minors’ Moralist Society School for two years and then was privately tutored by Mr. Thomas S. Bonneau. Payne went to work at age twelve to a shoe-merchant, as a carpenter at thirteen, and then as a tailor, finally entering the teaching profession and opening a school for Black children in 1829, when only nineteen years of age. In 1835, South Carolina passed bill No. 2639: An Act to Amend the Law relating to Slaves and Free Persons of Color which forced Payne to close his school.

After his school was closed, Payne left for the North where he enrolled in the Lutheran Theological Seminary in Gettysburg, Pennsylvania, studying there from 1835 to 1837. In 1837 he joined the Franklin Synod of the Lutheran Church and was ordained as the first African American minister in the Lutheran Church in  Fordsboro, New York in 1839. At his ordination, he delivered a speech, Slavery Brutalizes Man, in support of a synodical report to end slavery in America.

Payne left the Lutheran Church and joined the A.M.E. Church in 1841, becoming part of the ministry in 1843. From 1842 to 1843 he was a leader in the Philadelphia Vigilance Committee, which provided enslaved black women and men food, clothing, and temporary shelter, and also assisted them in escaping to Canada which did not recognize the Fugitive Slave Act. In 1840, Payne opened a coeducational school in Philadelphia. Acting as historian for the A.M.E. Church starting in 1848, Payne wrote the History of the African Methodist Episcopal Church. In 1853 Payne was elected the sixth bishop of the A.M.E. Church.

Under Payne’s leadership, the A.M.E. Church expanded its foreign missions, reorganized its publication program, and established hundreds of new congregations. Payne founded the South Carolina Conference of the A.M.E. Church in South Carolina in 1865, an example of the denomination’s rapid growth among recently emancipated slaves. Traveling to London, the UK in 1881, Payne was the first Black man to preside over the Methodist Ecumenical Conference. Payne was also the first Black American elected to lead a college, becoming president of Wilberforce University in 1856. In 1893 Payne made his last public appearance at the World Parliament of Religions in Chicago, Illinois. Payne passed away shortly thereafter on November 2, 1893, in Xenia, Ohio.