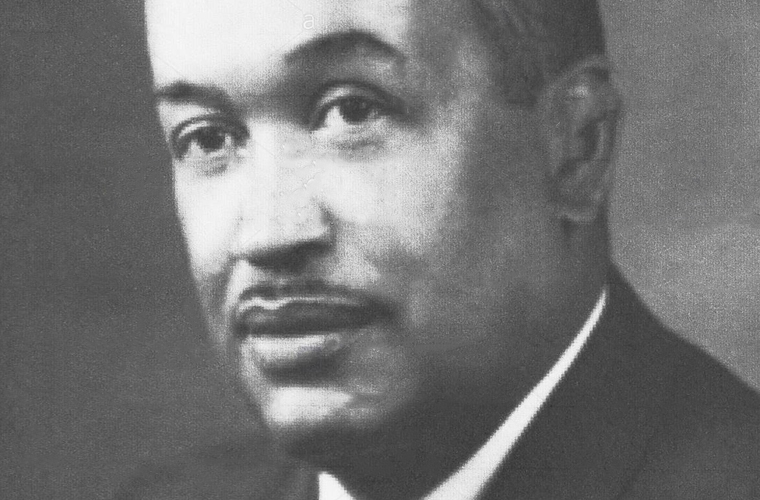 Born on 14 August 1914 in Pocahontas, Virginia, Herman Branson was a biophysicist and university president who co-discovered the alpha-helix protein structure. He received a BS in physics from Virginia State College in 1936 and his Ph.D. from the University of Cincinnati in 1939. In 1941 he began what would become a 26-year stretch as a physics professor at Howard University in Washington, DC. For a year during his Howard tenure, in 1948, Branson went to the California Institute of Technology to work with Linus Pauling on the physical and chemical properties of proteins. Using x-ray measurements provided by Pauling, Branson calculated potential protein substructures, including a tightly wound coil that would come to be known as the alpha helix. In 1951, after Branson had returned to Howard, he appeared as the third author along with Pauling and Robert Corey on a Proceedings of the National Academy of Sciences paper detailing the structure.

That research would prove pivotal for understanding the biochemical roles of proteins and deciphering the structure of DNA. Pauling ended up receiving the 1954 Nobel Prize in Chemistry, in part for the determination of the alpha-helix structure. Later in his life, Branson alleged that Pauling had taken undue credit for some of the work Branson had done. Branson also left a legacy as an advocate for historically black colleges and universities, where he worked his entire career. He helped found the National Association for Equal Opportunity in Higher Education. In 1968 Branson left Howard to become president of Central State University in Wilberforce, Ohio. From 1970 to 1985 he was president of Lincoln University in Pennsylvania. He died in 1995 at age 80.