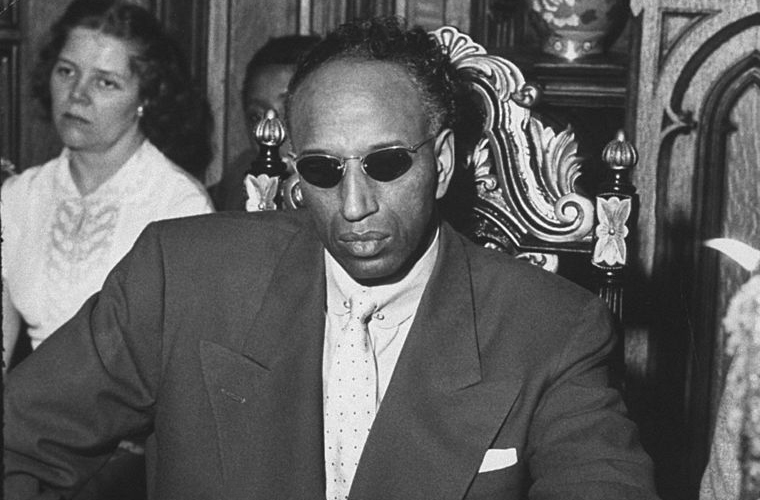 James F. Jones stood out for many years within black American religious circles. Known for his lavish living and mysterious persona, Jones’ followers referred to him as “Prophet Jones” and were captivated by his sermons. With his roots in the Black Church, Jones would influence the subsequent televangelism and megachurch movement that succeeded him.

James Francis Marion Jones was born on November 24, 1907, in Birmingham, Alabama.  Born to a railroad brakeman and a schoolteacher, Jones was recognized as a prophet by the age of six and began preaching at the same time. He belonged to a Birmingham sect of a church that had broken off from the AME called Triumph the Church and Kingdom of God.  Jones’ church was sympathetic to the emerging Black Nationalist movement which became influential in his later ministry. 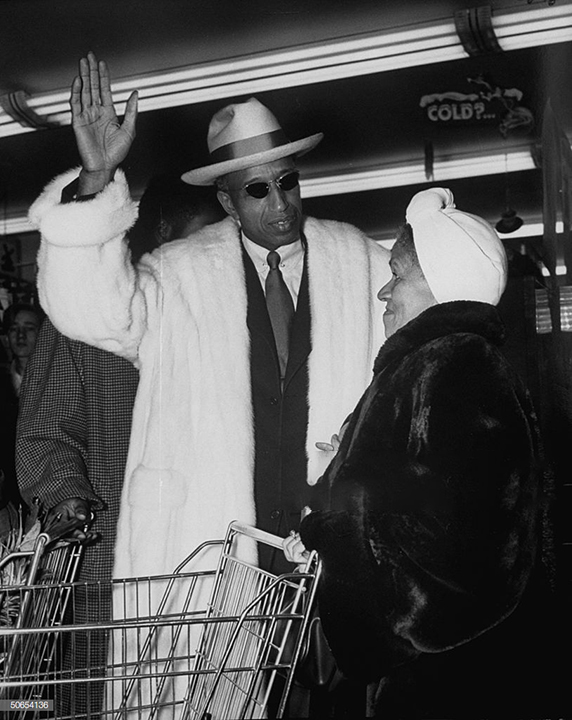 Jones quit school at age 11 to preach full time. At the age of 21, he moved to Detroit, Michigan to begin a Triumph church sect there. Over time, Jones created an enthusiastic following for his Pentecostal message. After a disagreement with the church elders over property rights, Jones started his own church, claiming that he was called by God to do so.  In 1944, he began the Dominion Ruler of the Church of the Universal Triumph in Detroit.

Known for his flamboyant style and embrace of material prosperity, Jones was soon admired for his lavish home and extravagant jewelry. His followers referred to him as “Prophet Jones,” but critics called him a cult leader.  Jones’ influence reached its peak in the mid-1950s when his church had approximately 10,000 members.  Jones himself had twelve servants, five Cadillac cars, and over four hundred suits. His sermons drew attention not only to the message but also to their unusual time of delivery.  Starting at 10:00 p.m. on Saturday nights, Jones would preach for five to six hours at a time, and his followers would adorn him with money and jewelry.

Prophet Jones believed that men would become immortal in the year 2000. He preached that Heaven would come to earth but only those who followed him would be able to exist and achieve this immortality.  He preached strict living as well.  No coffee, tea, tobacco, or alcohol was permitted. Gambling was also disapproved, and only the Prophet Jones himself could allow a follower to have a child out of wedlock or get married.

Throughout his life, Jones was thought to be a closeted homosexual. Part of this led to a decline in popularity when he was charged with gross indecency after being found with two boys in his bedroom. Although he was found not guilty, many of his devotees left.  Jones continued to preach until a stroke in 1970 left him unable to speak or walk. He died of a heart attack on August 12, 1971, in Detroit. He was 63. Jones is buried at the Elmwood Cemetery before almost 15,000 people who paid their respects to him. Today, his church continues as a small congregation in Detroit.