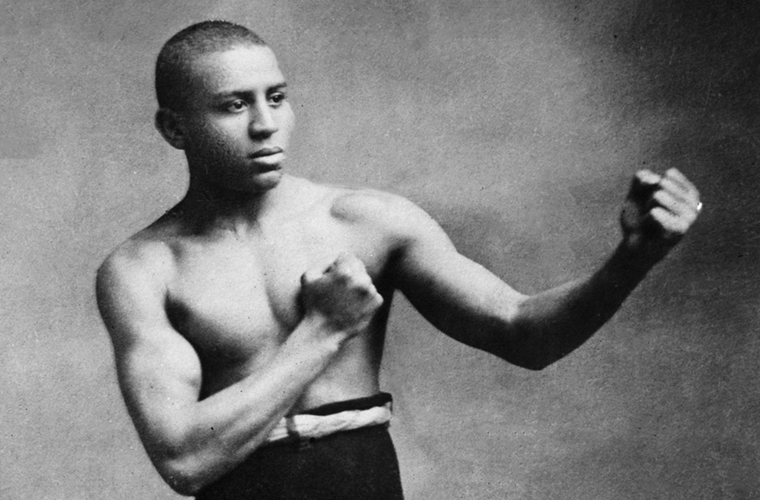 Joe Gans, by name of Joseph Gaines, (born November 25, 1874, Baltimore, Maryland, U.S.—died August 10, 1910, Baltimore), American professional boxer, known as the Old Master, who was perhaps the greatest fighter in the history of the lightweight division. Because he was black, he was compelled by boxing promoters to permit less-talented white fighters to last the scheduled number of rounds with him and occasionally defeat him. He was also forced to fight at unnaturally low weights, and, perhaps as a result, he was so weakened that he contracted tuberculosis and died while a young man.

After 11 years of fighting, Gans won the world lightweight title by knocking out Frank Erne in one round at Fort Erie, Ontario, on May 12, 1902. On September 30, 1904, Gans fought a 20-round draw with the great welterweight champion Jersey Joe Walcott, who thereby retained his crown. Gans was already ill when he defended his lightweight championship against Battling Nelson at Goldfield, Nevada, on September 3, 1906. Gans, who gave one of his finest performances, won this match when Nelson deliberately fouled him in the 42nd round. In a return bout with Nelson in San Francisco on July 4, 1908, a weakened Gans was knocked out in 17 rounds.

Gans spent several months in Arizona in an unsuccessful attempt to arrest his disease. When he returned to Baltimore, Maryland, to die, his train was greeted at each station by groups of boxing fans, and his impending death was treated as a national calamity by the press. Gans was inducted into The Ring magazine’s Boxing Hall of Fame in 1954.

Escaped Slave Gordon Showing His Scarred Back at a Medical Examination, Louisiana, 1863