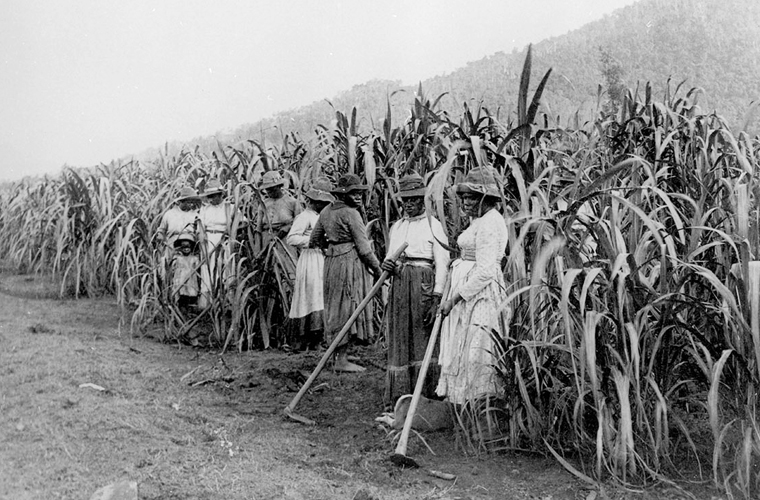 Kanaka, (Hawaiian: “Person,” or “Man”), in the late 19th and early 20th centuries, any of the South Pacific islanders employed in Queensland, Australia, on sugar plantations or cattle stations or as servants in towns. The Islanders were first introduced into Queensland in 1847 for employment on cotton plantations; in succeeding years they formed the cheap-labor base on which the sugar industry was built. By 1900 more than 60,000 islanders had been recruited in a manner that often amounted to kidnapping.

The laborers were generally abused and reduced to near-slave status (see blackbirding). Although this treatment called forth a strong humanitarian protest, it was rather the charge that the use of Kanakas lowered the standard of living, along with demands for the promotion of European laborers and for small European landholdings, that prompted the Queensland government to prohibit further recruitment in 1890. Already, plantation owners had reacted by calling for the formation of a new colony, which they presumably would dominate, in northern Queensland; now their hostility was effectual in having the prohibition suspended (1892). The replacement of the hoe by the plow and the greater productivity of Australian farmers lessened the importance of Kanaka labor in the following years, however. The new Commonwealth of Australia called for the abolition of recruitment after 1904 and for the deportation of most South Pacific laborers after 1906. More recent commentary has paid regard to the Islanders’ historical agency and their continuing legacy.