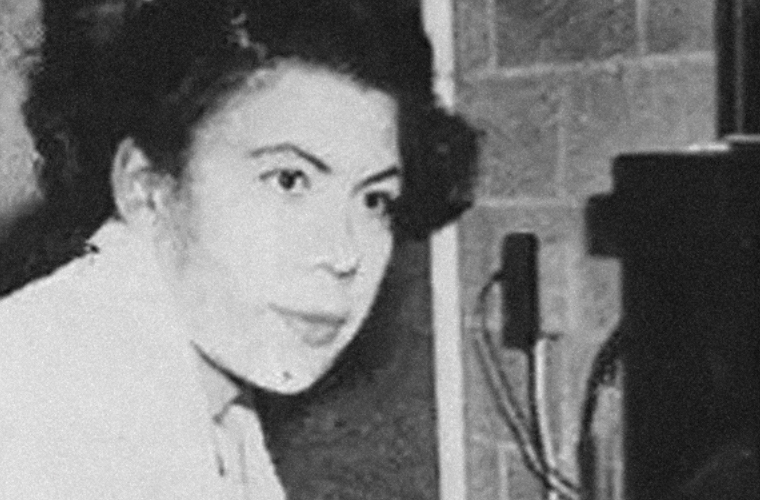 Margaret Collins, a pioneering scientist, and civil rights activist.  While her fieldwork has been written about previously, that is clearly just one part of a full and distinguished career.

Collins’ interest in science began as a young child with a strong sense of curiosity and adventure. She paired her adventures in nearby woods with a voracious appetite for books, fueled by access to the collections of the West Virginia State College Library. In a black Intellectual community like Institute, West Virginia, her intellect found fertile ground. Advanced reading skills helped her skip two grades and graduate high school at fourteen. Collins immediately entered West Virginia State College, an HBCU. After a rocky start at university, she found mentors in professors Toye Davis and Fredrick Lehner who helped her find opportunities in the male-dominated field of biology.  Expecting to start a business collecting specimens to biological supply houses, she enrolled for a few graduate classes at the University of Chicago. Here she met Alfred Emerson, a legendary termite expert who maintained the largest termite collection at that time. His mentorship and their collaboration lasted for decades. Though he gave her an assistantship and protected her from racism, he felt that young women were troublesome on expeditions and would not let her do fieldwork.

Though this was a huge disappointment to Collins, she turned this obstacle into an opportunity by using the specimens Emerson collected and promptly finishing her thesis.  When she earned her Ph.D., she was the first black female entomologist and the third black female zoologist in the country. She became an assistant professor at Howard University, where she had followed her first husband to Medical School, but when she realized that Howard was slow in promoting women faculty she found a better position as a full professor at Florida A&M.

At Florida A&M, Collins thrived professionally, remarried, had two sons, and often took the whole family on collecting trips in Everglades National Park. However, she also felt the full weight of racism. She was invited to lecture at a nearby university, only to have the administration cancel her talk when she received a bomb threat.  When the Florida A&M Student Council called for a bus boycott in Tallahassee, she volunteered to drive people back and forth to work. Though activism slowed her research, it did not dim her passion.

In 1964, she moved back to Washington, DC, where she embarked on one of the most productive periods of her career.  She returned to Howard as a full professor and took a tenured position at the Federal City College (now University of District of Columbia). She also became a research associate at the Smithsonian, which accelerated her publishing. As a teacher and mentor, she made strong connections with her students that lasted far beyond the semester’s end.  Two students from Guyana inspired her to reopen the field station of her mentor and friend Alfred Emerson in Kartabo, Guyana. After several years of work, she began rebuilding the newly christened Alfred Emerson Research Station in 1979. That same year she organized a symposium for the American Association for the Advancement of Science on Science and the Question of Human Equality and embarked on a new area of research: defense mechanisms in termites.

Throughout the 1980s, Collins’ fieldwork increased, despite health problems keeping her out of the field for a time. She did significant work on the Smithsonian termite collection, and materials she collected now form the Collins Collection at the National Museum of Natural History. Collins died in April 1996 where she was happiest – at work in the field.  A field biologist at heart, her career spanned five decades and the entire field of termite zoology. Her fast body of publications and the many students she mentored speak to the deep impact she had on the field of termite zoology and the careers of the next generation of Isopterists.