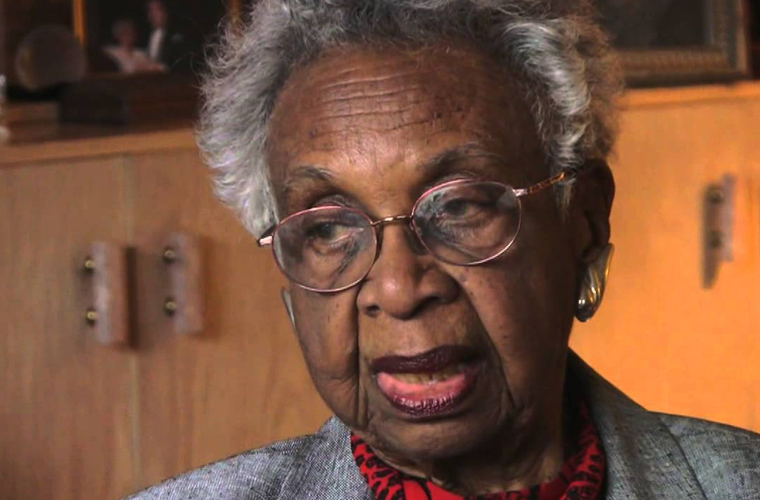 Muriel Petioni, M. D., was dubbed the “matron of Harlem health.” Petioni’s response? “Yup…They call me a legend.” She was an energetic, mischievous pioneer and a self-proclaimed “meddler.” In 2002, at age 88, she was still spending almost every day at Harlem Hospital Center, advocating for unhappy patients, and even watching for maintenance problems.

Muriel Petioni was born in Trinidad in 1914, to Rose Alling and Charles Augustin Petioni. Her father became a prominent Harlem physician and was a co-founder of the Carver Federal Savings Bank. She graduated from Howard University Medical School in 1937 and in 1942 she married Mallalieu S. Woolfolk, a Tuskegee Airman, and lawyer. When their son was born in 1947, she took a few years off from medicine. She returned to establish her practice in her father’s Harlem medical office in 1950. For the next forty years, she saw to the health needs of poor and underserved patients in the Harlem community. She was also a school physician in Central Harlem for the City’s Department of Health from 1950 to 1980 and supervising physician for Central and East Harlem from 1980 to 1984.

Dr. Petioni was known for her vigorous commitment to women’s issues, community medicine, social justice, and health care for the underserved. Women’s advancement in medicine has always been important to her, and in 1974 she founded the Susan Smith McKinney Steward Medical Society for Women, a professional association for African American women physicians in the Greater New York area.

Among her many honors and awards are the Howard University College of Medicine Outstanding Alumni Award, given in 1992, and the New York Urban League’s highest tribute, the 1999 Frederick Douglass Award, bestowed by Douglass’s great-great-granddaughter. In 2002 she shared with her son, New York businessman Charles M. Woolfolk, the City College of New York’s Generations Public Service Recognition Award. Dr. Petioni died December 6, 2011.