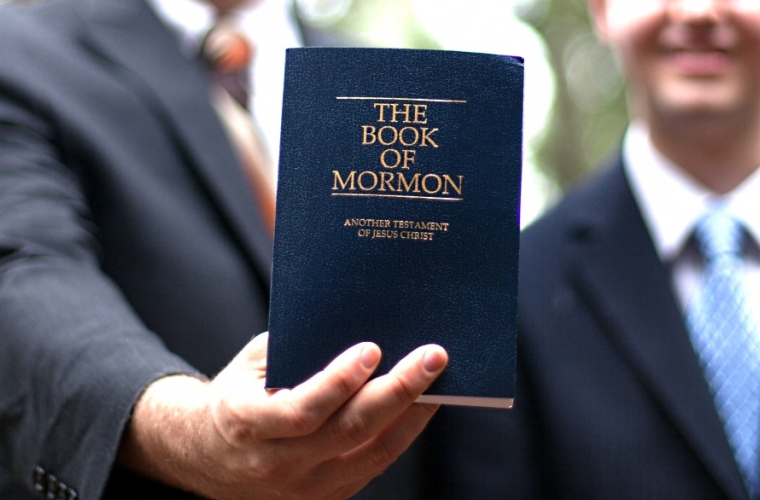 Until June 8, 1978, the Church of Jesus Christ of Latter Day Saints (the Mormons) officially barred black men of African descent from its priesthood, a policy which it claimed to have changed as a result of “divine guidance.” A little over 35 years later, the LDS Church is finally offering a thorough accounting of that policy, along with a clear statement of condemnation of “all racism, past, and present,” but like one of its most famous members, offers “No Apology.”

In 2012, the LDS Church responded to renewed reporting on the policy by releasing a statement which sought to distance the church from the policy, but with an odd claim of ignorance for such a young church:

Since then, though, they seem to have caught up on their reading, because the church has posted a lengthy piece, entitled “Race and the Priesthood,” which covers the policy’s origin and motivation quite clearly:

In 1850, the U.S. Congress created Utah Territory, and the U.S. president appointed Brigham Young to the position of territorial governor. Southerners who had converted to the Church and migrated to Utah with their slaves raised the question of slavery’s legal status in the territory. In two speeches delivered before the Utah territorial legislature in January and February 1852, Brigham Young announced a policy restricting men of black African descent from priesthood ordination. At the same time, President Young said that at some future day, black Church members would “have [all] the privilege and more” enjoyed by other members. The justifications for this restriction echoed the widespread ideas about racial inferiority that had been used to argue for the legalization of black “servitude” in the Territory of Utah. According to one view, which had been promulgated in the United States from at least the 1730s, blacks descended from the same lineage as the biblical Cain, who slew his brother Abel. Those who accepted this view believed that God’s “curse” on Cain was the mark of dark skin. Black servitude was sometimes viewed as a second curse placed upon Noah’s grandson Canaan as a result of Ham’s indiscretion toward his father. Although slavery was not a significant factor in Utah’s economy and was soon abolished, the restriction on priesthood ordinations remained.

The piece also goes on to explain how the policy was finally reversed, in 1978, and concludes with a condemnation of racism, but doesn’t contain an apology, or even an acknowledgment that the policy was wrong. Instead, the change is actually presented as the fulfillment of a promise made by the very man who implemented the racist policy in the first place:

“He has heard our prayers, and by revelation has confirmed that the long-promised day has come,” the First Presidency announced on June 8. The First Presidency stated that they were “aware of the promises made by the prophets and presidents of the Church who have preceded us” that “all of our brethren who are worthy may receive the priesthood.”