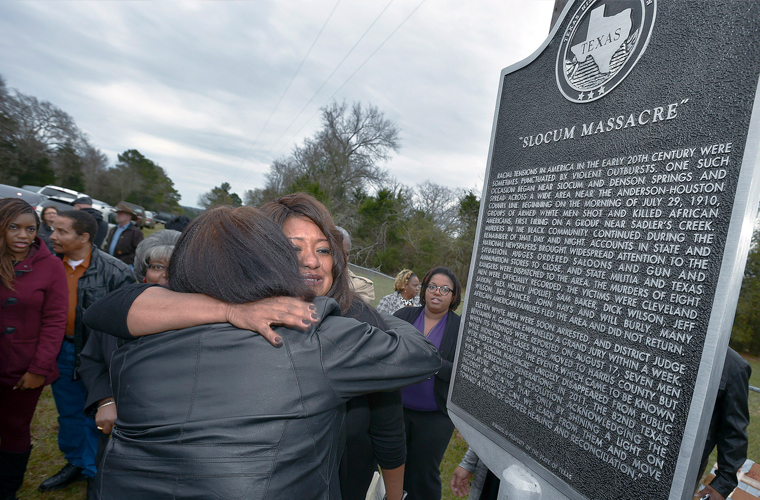 In 1910, it is estimated that anywhere from 8-22, and possibly more African-Americans were killed in East Texas by White Supremacists. The tragedy is known as the Slocum Massacre. The massacre has become a forgotten and hushed secret of the state. During the early 20th center, the town of #Slocum which was unincorporated was predominantly African-Americans. There were a few #Black businesses in the community, and it is believed that alone was enough to make Whites angry and prone to violence.

However, there were other issues that were brewing in the town. Some White townsmen had become angry because Blacks were being put in a high position when working for the Whites, and there was talk that the African-Americans planned to riot. The White people became worried and scared and on July 29th there was bloodshed. Hundreds of Anglo citizens from Anderson County stormed through Slocum with shotguns, pistols and whatever they could find to do harm. No one was protected,  children as young as 15-years-old were harmed.

According to the newspapers printed in 1910, the mobs traveled from house to house, shooting African-Americans who answered their calls and slaughtering more while they tended their fields. There were over two dozen murders that were reported, but many more were suspected. The Sheriff during that time was William H. Black of Anderson County. He was reported saying it was uncertain how many Blacks had been killed because they were scattered all over the woods and buzzards would likely find the bodies first.

Many Black people were on the run the night after the Massacre and were never heard from again. So, it was difficult to tell if those people had been murdered the night of the massacre, or just kept running until they got as far away from Slocum and the state as they could.

In the weeks and months following what came to be known as the Slocum Massacre, the African-American population began leaving their homes, properties, land, and anything pertaining to Slocum behind. The abandoned African-American properties were taken over by the White population and they divided the land, homes, and property how they saw fit.

Although eleven men were initially arrested for their part in the massacre, only seven were finally indicted, and only six were named, and they were only accused in the murders of five of the identified victims.