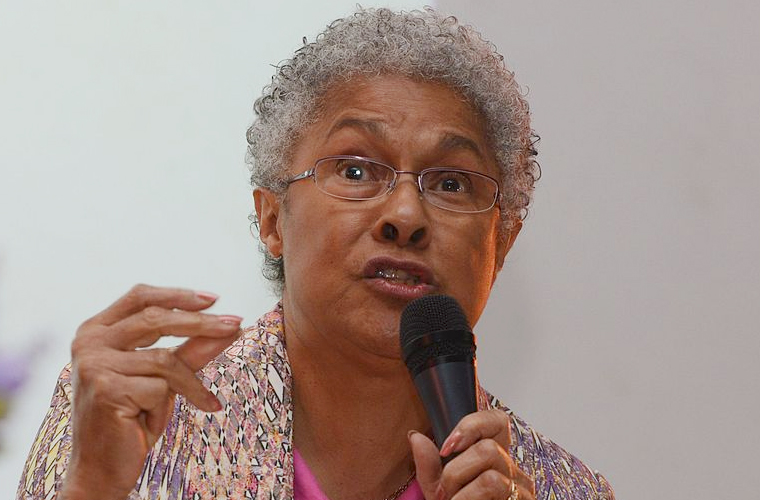 Patricia Hill Collins is Distinguished University Professor of Sociology at the University of Maryland, College Park and Charles Phelps Taft Emeritus Professor of Sociology within the Department of Africana Studies at the University of Cincinnati. Her award-winning books include Black Feminist Thought: Knowledge, Consciousness, and the Politics of Empowerment (1990, 2000) which received both the Jessie Bernard Award of the American Sociological Association (ASA) and the C. Wright Mills Award of the Society for the Study of Social Problems; and Black Sexual Politics: African Americans, Gender, and the New Racism (2004) which received ASA’s 2007 Distinguished Publication Award. She is also author of Fighting Words: Black Women and the Search for Justice (1998); From Black Power to Hip Hop: Racism, Nationalism, and Feminism (2005); Another Kind of Public Education: Race, Schools, the Media, and Democratic Possibilities (2009); The Handbook of Race and Ethnic Studies (2010) edited with John Solomos; and On Intellectual Activism (2013). Her anthology Race, Class, and Gender: An Anthology, 9th edition (2015), edited with Margaret Andersen, is widely used in undergraduate classrooms in over 200 colleges and universities.

Professor Collins has taught at several institutions, held editorial positions with professional journals, lectured widely in the United States and internationally, served in many capacities in professional organizations, and has acted as a consultant for a number of community organizations. In 2008, she became the 100th President of the American Sociological Association, the first African American woman elected to this position in the organization’s 104-year history. Her next book, Intersectionality, co-authored with Sirma Bilge, will be published in 2016 as part of Polity Press’s Key Concepts Series.