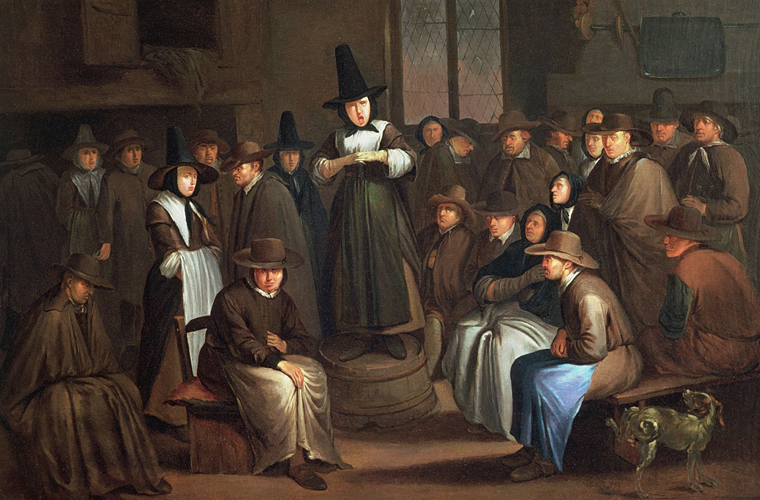 Quakers believe that there is something of God in everybody and that each human being is of unique worth. This is why Quakers value all people equally and oppose anything that may harm or threaten them. Quakers seek religious truth in inner experience and place great reliance on conscience as the basis of morality. They emphasize the direct experience of God rather than ritual and ceremony. They believe that priests and rituals are an unnecessary obstruction between the believer and God.

Quakers integrate religion and everyday life. They believe God can be found in the middle of everyday life and human relationships, as much as during a meeting for worship.

Among key Quaker beliefs are:

Quakers work actively to make this a better world. They are particularly concerned with:

Quakers do not regard any book as being the actual ‘word of God’.
Most Quakers regard the Bible as a very great inspirational book but they don’t see it as the only one, and so they read other books that can guide their lives.

Quakers do not celebrate Christian festivals such as Easter and Christmas.
Quaker communal worship consists of silent waiting, with participants contributing as the spirit moves them. Although outsiders usually regard the movement as a Christian denomination, not all Quakers see themselves as Christians; some regard themselves as members of a universal religion that (for historical reasons) has many Christian elements. Tolerance is part of the Quaker approach to life, so Quakers are willing to learn from all other faiths and churches.

One story says that the founder, George Fox, once told a magistrate to tremble (quake) at the name of God and the name ‘Quakers’ stuck. Other people suggest that the name derives from the physical shaking that sometimes went with Quaker religious experiences. The name ‘Friends’ comes from Jesus’ remark “You are my friends if you do what I command you” (John 15:14).