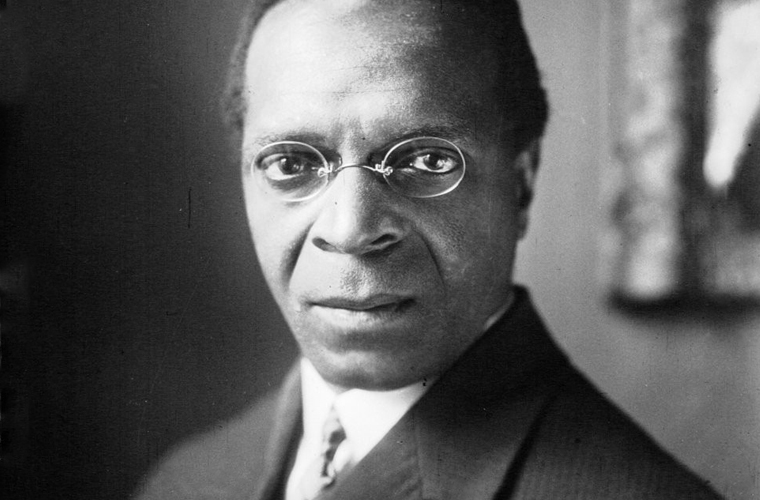 René Maran was born on this date in 1887. He was a Black French journalist, and the first black writer to win the renowned French literary prize, the Prix Goncourt.

Maran was born in Martinique of Guyanese parents. After a four-year stay in Gabon, Central Africa, where his father was serving in a colonial post, Maran returned in 1894 to France, where he attended the lycée. He later completed his baccalaureate at Bordeaux, which he thereafter regarded as home. Like his father, Maran entered the French colonial service. In 1910 he left for Bangui to serve as a petty officer in charge of indigenous affairs in the Ubangi-Shari territory of French Equatorial Africa (present-day Central African Republic). The only black Frenchman to hold such a post, Maran served from 1910 to 1925.

His first book of poems (Batouala) was born out of this experience and was first published in French in 1921. This translation is, however, based upon the franker 1938 edition. He wrote seven other books including Le Livre de la Brousse (1934) and an autobiographical novel Un Homme pareil aux autres. He died in 1960. He stated that he spent six years, off and on, writing his best work by observing the ways of the tribal groups and learning their languages.

Some critics felt that he included too much dialect for the average reader; certainly, he caught the exotic flavor of the African continent (according to one reviewer, better than anyone has done since Pierre Loti). In his own introduction, Maran questions how much the white Europeans puts the burden on his colored colonials. After winning the Goncourt Prize in 1921, he described flora and fauna of Africa, its native peoples and their problems, and other such matters for a variety of periodicals ranging from Le Monde Illustré to Candide. René Maran died on May 9, 1960.