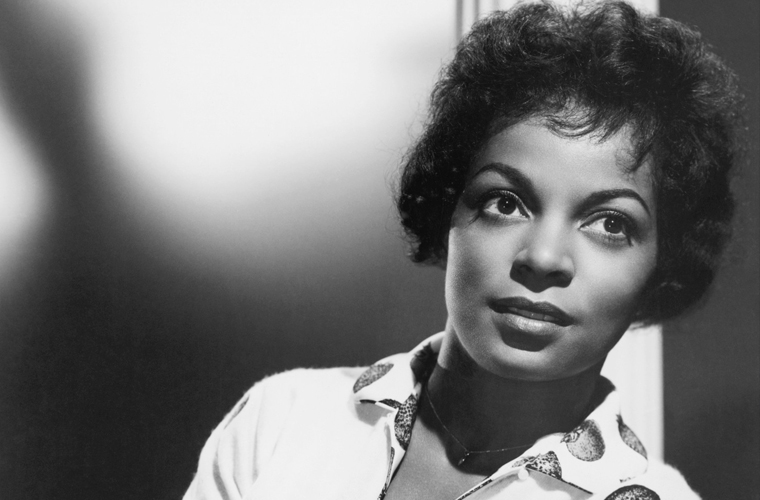 Broadway performer and film actress, Ruby Dee was born Ruby Ann Wallace in Cleveland, Ohio on October 27, 1922, to Gladys Hightower and Marshall Edward Wallace. Her mother was a domestic and her father worked as a cook, waiter, and porter. After her mother left the family, Dee’s father married Emma Amelia Benson, a schoolteacher.

Desperate for better job opportunities, the family moved to New York City, New York, and settled in Harlem. Determined not to allow their children to fall victim to drugs, crime, and other vices of urban life, the parents introduced Dee and her siblings to the arts, including music and literature. Young Ruby became a passionate student of poetry and as a teenager began submitting poetry to The Amsterdam News.

Ruby Wallace attended the academically rigorous Hunter High School and while there decided to pursue an acting career.  After graduating from Hunter High in 1940, she enrolled in Hunter College, graduating with a degree in French and Spanish in 1944. While at Hunter College, she became a member of Delta Sigma Theta Sorority and married blues singer Frankie Dee.  The couple soon divorced but Dee kept the last name and made it her career name.

Dee’s first major role came in 1946 when she took the title role in the American Negro Theatre Broadway production of Anna Lucasta.  It was during the production that she met her future husband Ossie Davis. The couple married in 1948 and had three children, Guy, Davis, and Nora Day. Over the next decade, Dee appeared in several plays and movies beginning in 1950 as the wife of baseball great, Jackie Robinson in The Jackie Robinson Story.  In 1959, she landed a starring role on Broadway in Lorraine Hansberry’s play A Raisin in The Sun. She earned critical acclaim for her role of Ruth Younger, the wife of  Walter Younger, played by future academy award winner Sidney Poitier. Two years later, Dee starred in the Hollywood movie adaptation of the play.

Dee’s passion for the arts mirrored her lifelong commitment to social justice and activism. From 1951 when she protested the executions of Julius and Ethel Rosenberg for treason to the 1963 Birmingham Church Bombing that took the lives of four little girls: Cynthia Wesley, Carole Robinson, Denise McNair, and Addie Mae Collins, Dee stood for social justice.  Her views prompted her and other actors to create the Association of Artists For Freedom in 1963.

Throughout the 1960s, she and her husband Ossie Davis, produced plays promoting and showcasing Black Americans and Black life in a positive light.  In the late 1960s, Dee appeared as the character Alma Miles in the popular television series Peyton Place. Throughout the 1970s and 1980s, Dee delivered a number of first-rate performances. She earned Drama Desk and Obie Awards for her performance in the play Boesman and Lena and received an Emmy nomination for her role in the 1979 miniseries Roots: The Next Generation.  In the 1980s, Dee starred as  Harlem Renaissance writer, Zora Neale Hurston in the play Zora Is My Name. In 1989, Dee and her husband were introduced to a new generation of fans with their performances in Spike Lee’s Do The Right Thing. Two years later, they were cast in another Spike Lee film, Jungle Fever.

In 1998, Dee and Davis published Ossie and Ruby: In This Life Together. The book discussed their 50 years of marriage and their dual-acting careers. In 2004, Dee and Davis received Kennedy Center Honors for their distinguished careers in the entertainment industry. The following year, Ossie Davis died at the age of 85.

In 2007, Dee played the mother of Denzel Washington’s character, Frank Lucas, in the film American Gangster. The performance earned Dee her first Oscar nomination at the age of 83 and made her the second oldest person ever nominated for the award. In 2008, she received the prestigious NAACP Spingarn Award.

Dee continued to perform into her 80s.  Her last most recent project was narrating the film, Betty and Coretta which follows the lives of Betty Shabazz and Coretta Scott King after the deaths of their famous husbands. The movie premiered in 2013 on the Lifetime Channel and starred Angela Bassett as King and Mary J. Blige as Shabazz.