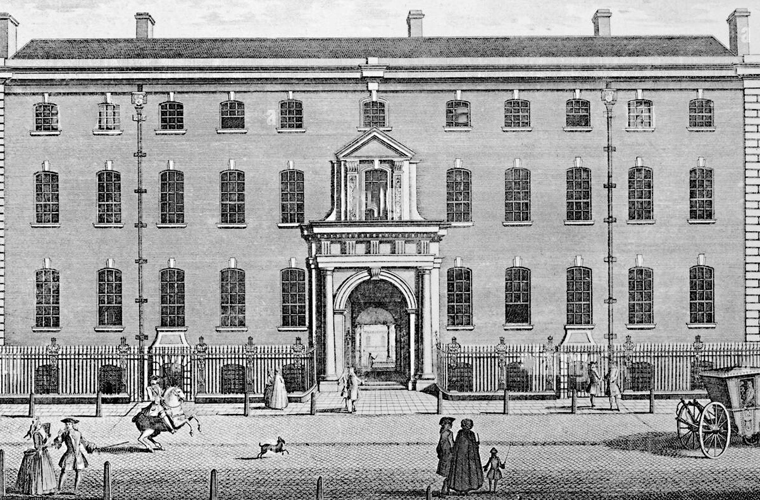 By 1711, England’s burdensome debt of approximately £9 million threatened to damage the country’s credit standing and increase the cost of borrowing. Debt had been incurred through military expenditures including those associated with the Nine Years’ War (1688–1697) and the War of the Spanish Succession (1701–1714). As Great Britain had no unified budget, the total incumbrances were unknown. Robert Harley, a Tory, Chancellor of the Exchequer, and soon to be Lord Treasurer, served on the House of Commons investigation committee to identify the extent of the national debt. His resulting report, A View of the Taxes, Funds, and Publick Revenues of England, underlined the urgency of the situation and included a yearly accounting of funds allotted by Parliament to support the War of the Spanish Succession.

The act for carrying on a trade to the South Sea . . . will, in all probability, if duly executed, be of mighty advantage to the kingdom, and an everlasting honor to the present parliament. -Jonathan Swift, The Examiner, June 7, 1711

Harley turned to the Bank of England, which had traditionally lent money to the government. Because of tensions between the liberal Whig-controlled bank (loyal to the former administration) and the conservative Tory government, however, the Chancellor of the Exchequer had to find another way of addressing the country’s crippling debt. Harley had made the acquaintance of businessman John Blunt, whom he asked to administer the Bank of England lottery. The popular lottery, in which ticket holders won guaranteed prizes, helped raise cash for the government for the short term. Blunt was secretary of the Sword Blade Company that manufactured French-style sword blades. He had raised funds for land speculation in Irish estates that had been confiscated by the Jacobites by exchanging Sword Blade Company stock for army debentures. This debt-equity swap served as the model for the South Sea Company when it formed in 1711.

Blunt became chief executive and Harley governor of the South Sea Company, a public-private partnership in which government debt was converted into shares in the company. Assets of the company included the government’s payment of 6 percent interest a year to be returned to the company’s stockholders in the form of dividends. Parliament also granted the South Sea Company a monopoly on trade with Spanish colonies in South America.

Popular prints illustrated the impressive building the South Sea Company occupied on Threadneedle Street in London, which housed several offices, halls, and chambers where sales took place. The public could read the particulars about the company in An Act for Making Good Deficiencies, and Satisfying the Publick Debt; and for Erecting a Corporation to Carry on a Trade to the South-Seas, published by appointed printers to the monarch Thomas Newcomb and Henry Hills, who operated a successful printing establishment in the city.