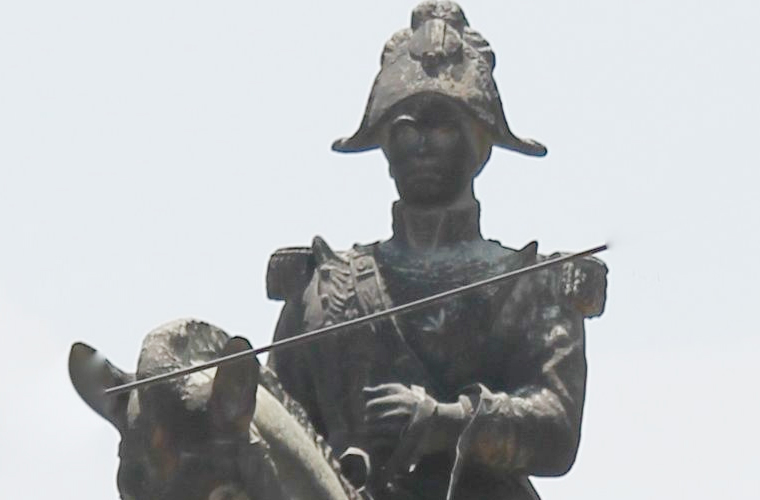 The facts of Christophe’s early life are questionable and confused. An official document issued on his own order gives the birth date and birthplace conventionally cited, but these and other facts are debated by historians. He may have been born free but been enslaved as a youth. In any event, he reached Haiti sometime in his teens. In 1780, during the American Revolution, he may have fought in a French unit at Savannah, Georgia, either as an enlisted or as the property of a French naval officer. He returned to Haiti and apparently worked initially as a domestic in an inn called the Couronne, working his way up and marrying the proprietor’s daughter. (Another story has him marrying the French naval officer’s daughter after buying his freedom.)

After the spirit of the French Revolution spread to Haiti, Christophe in 1793 openly embraced the party of the Haitian independence leader Toussaint Louverture and became one of his chief lieutenants, fighting the French, the British, and the Spaniards. The French attempted to reconquer the colony in 1801, but Christophe held out until 1802, surrendering only on the promise of a pardon and retention of his military rank in the French army. He later joined Jean-Jacques Dessalines in ousting the French and commanded the army under that ruler. After Dessalines’s assassination, he was appointed a provisional chief of the nation by a military council. Although he thought despotism the only form of government for his people, he summoned a constituent assembly on Dec. 18, 1806.

Alexandre Sabès Pétion, Christophe’s only rival for power, secured control in the south and west and thereby secured majority representation in the assembly. He was appointed a chairman to draft a constitution, which in its final form made Christophe little more than a figurehead. In retaliation, Christophe led his troops against Pétion but was defeated on Jan. 6, 1807, and he retreated north.

In northern Haiti, Christophe set up his own domain, which he ruled as King Henry I from 1811 and for which he created a hereditary nobility comprising 4 princes, 8 dukes, 22 counts, 37 barons, and 14 knights. He established an elaborate dres’ code and court ceremony and built himself eight palaces and six châteaus. During his reign, he distributed plantations to military chiefs, restored soldier peasants to their former occupations, and maintained general prosperity. He built the famous Citadelle Laferrière, a fortress south of his capital at Cap-Haïtien. In August 1820 he suffered a paralytic stroke. When his condition was learned, revolts broke out. In despair over his failure to pacify the country, he shot himself at Sans-Souci palace (the citadel and palace were designated UNESCO World Heritage sites in 1982), and his kingdom became part of the Haitian republic in 1821.