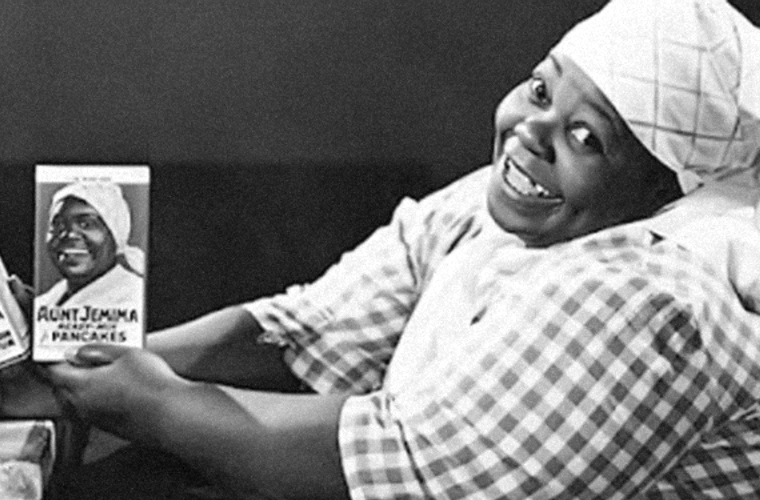 The woman we know as Aunt Jemima is in fact a real person, but her real name was actually Nancy Green. She did not create the famous Aunt Jemima recipe, but she was one of the first African American models in history to become the face of a popular food product.

It was actually two white guys, Chris L. Rutt and Charles Underwood, who came up with the idea to create a ready-mixed, self-rising pancake flour with a Black woman’s face on the box. Rutt came up with the name after watching a white actress perform in blackface during a ministrel show. During her performance, she sang a song called “Old Aunt Jemima” and he thought the name had a ring to it.

They filed the “Aunt Jemima” trademark in 1893, but the Aunt Jemima pancake mix did not debut until 1889. At that time, Rutt and Underwood had sold the brand to the R.T. Davis Milling Company in St. Joseph, Missouri, who decided to hire a model to be the face of Aunt Jemima. Nancy Green was the woman they hired, and the product was an instant hit across the country.

Green reportedly earned a lot of money, was very well-recognized, and worked for 33 years helping to promote the brand. In her personal life, she even became known and well-respected for her work as an advocate who spoke out against poverty and equal rights in Chicago.

Unfortunately, she died on August 30, 1923 in Chicago after being in a car accident.