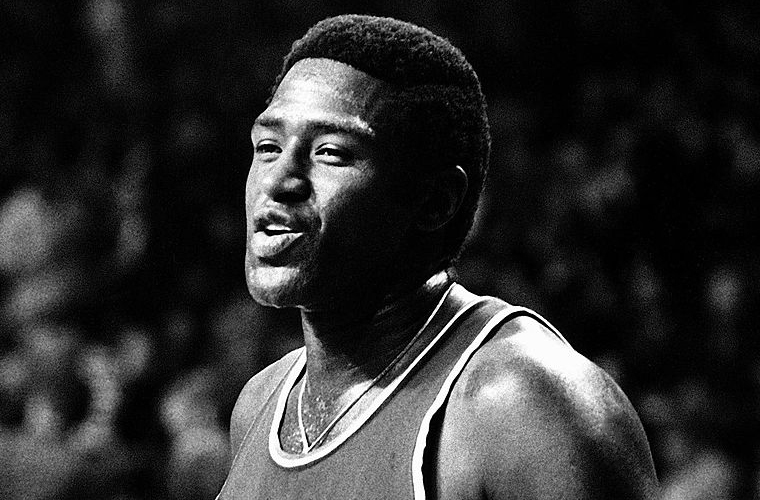 Reed left his home in rural Louisiana to attend Grambling State College (now University) from 1961 to 1964. There he ushered the basketball squad to the National Association of Intercollegiate Athletics championship in 1961.

Reed joined the New York Knicks in 1964 as a second-round draft pick. That season he averaged 19.5 points per game and was named NBA Rookie of the Year. The Knicks won their first NBA title in 1970, and Reed earned the Most Valuable Player (MVP) award for the regular season, the championships, and the All-Star Game. He was the first NBA player to be honored with all three distinctions in the same season. Reed helped the Knicks win a second championship in 1973, and he was again named MVP of the finals.

During his 10-year career with the Knicks, Reed was the team’s inspirational leader. His mere presence could lift the team, as evidenced by events of the 1970 NBA finals against Wilt Chamberlain and the Los Angeles Lakers. Unable to play in the sixth game because of a thigh injury, Reed hobbled onto the court just before the start of the decisive seventh game, touching off an emotional scene. When Reed sank the game’s first basket, the Madison Square Garden crowd erupted, helping the Knicks to victory. A series of knee injuries slowed Reed over the years, and he retired in 1974, having compiled 12,183 points and 8,414 rebounds in his career.

After leaving the Knicks as a player, Reed returned as a coach in 1977–79. He coached collegiate basketball at Creighton (Omaha, Nebraska) and St. John’s (New York, New York) universities. Reed held other NBA coaching positions, with the Sacramento (California) Kings, the Atlanta Hawks, and the New Jersey Nets, where he was also general manager. In 1981 Reed was elected to the Naismith Memorial Basketball Hall of Fame.