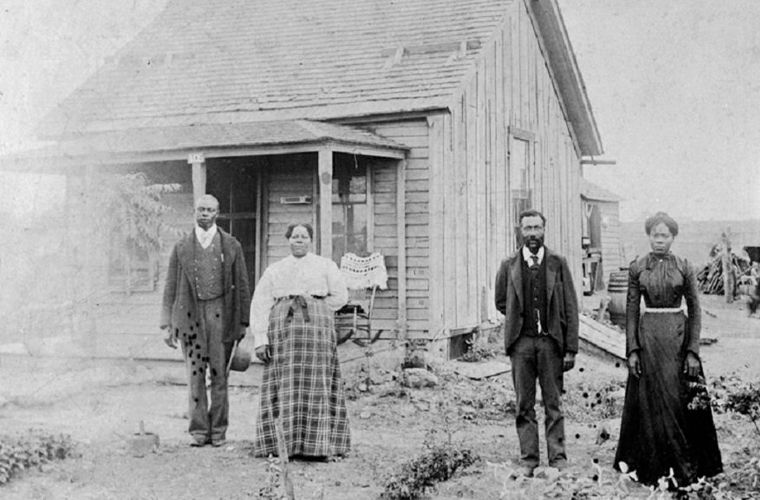 Although the town of Nicodemus, Kansas, has since 1996 been designated as a National Historic Site in the United States, the story of how it came to be named is one that puts a feather in the cap of Black history.

Founded in 1877 at the end of the Reconstruction period, this mostly Black community is the only remaining western community established by African Americans after the Civil War

With the help of one White man named W.R. Hill, they formed a town council, naming the town after a legendary African slave prince who had purchased his freedom.

Some accounts state that Nicodemus ultimately became the subject of a song long sung on the plantations.

Nicodemus was a slave of African birth,
And was bought for a bag full of gold;
He was reckoned a part of the sum of the earth,
But he died years ago, very old.
Nicodemus was a prophet, at least he was as wise,
For he told of the battles to come;
How we trembled with fear when he rolled up his eyes,
And we heeded the shake of his thumb.

Good time coming, a good time coming,
Long, long time on the way;
Run and tell Elijah to hurry up Pomp,
To meet us under the cottonwood tree,
In the great Solomon Valley
At the first break of the day.

At the time the town was founded, the men envisioned Nicodemus to be a place where its settlers would have both political freedom and economic opportunities.

As a way of bringing traction to the town, they recruited some over 350 ex-slaves who came by either train or foot to work in and start the town.

There was the need for the new settlers to build and get properly settled, but there were limited resources like timber to build adequate homes and so the people had to settle for dugouts as their places of abode. This, however, came with its own challenges such as infestation, poor ventilation, and leaky roofs.

But by and by, the town of Nicodemus began to grow prosperous, surrounded mostly by black-owned farms with the town becoming home to two newspapers: The Nicodemus Enterprise and Nicodemus Western Cyclone.

Also in the town were a bank, a schoolhouse, three churches, and a general store. The general store was erected by S.G. Wilson in 1879 as the first two-story building in the town.

As the town continued to advance and people produced more and more goods, there was a need for a railroad system to help transport those goods. With no such system existing in the town at the time, many residents started moving out to nearby towns.

Besides, in 1885, a winter blizzard destroyed forty percent of the township’s wheat crop. And then two years later, the town leaders put some sixteen thousand dollars in investment in three different railroads in hopes that one would extend its lines into or near their town.

All of these attempts failed as all three railroads bypassed Nicodemus, gradually forcing people to leave the town.

This exodus of people did not, however, destroy the many town structures in it and by the 1970s, a city revitalization effort got underway.

The city continues to uphold the stone buildings and town landscape that was once a solid sign of progression for the town of ex-slaves, who were determined to build their own society. 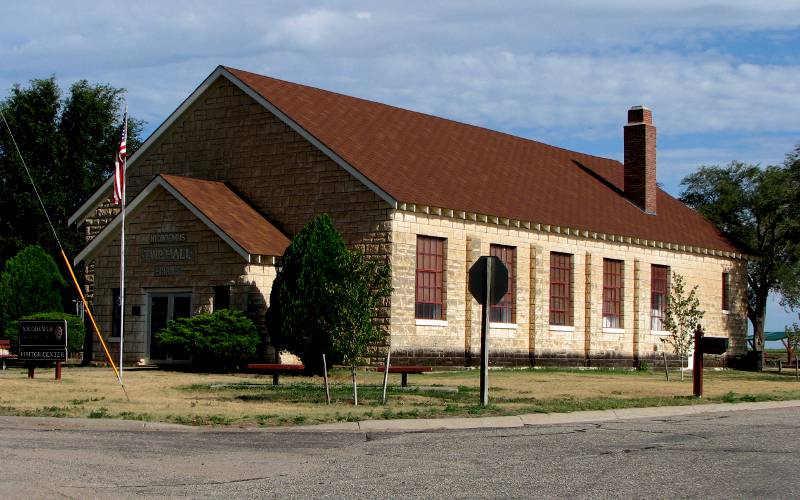 Nicodemus National Historic Site
Today, the town is much smaller than it was a hundred years ago but it still remains an enduring monument to African American westward migration.

Also, visitors to Nicodemus are able to either take a self-guided or a ranger-guided tour to see the exteriors of some of the historic buildings that document what black settlers accomplished there.