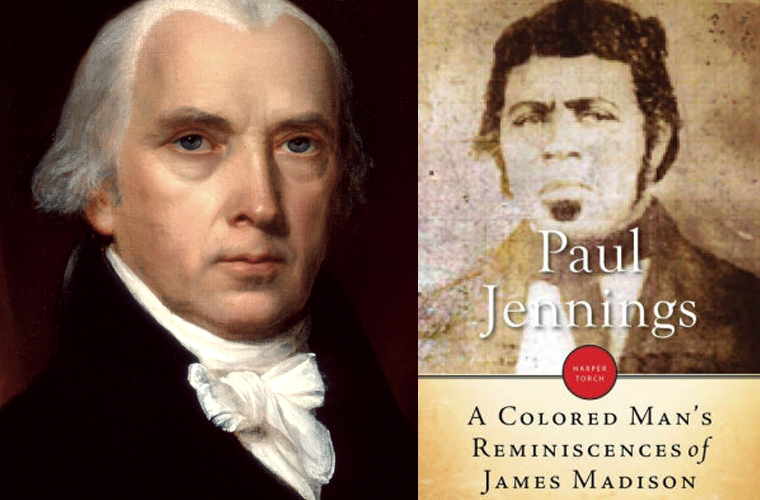 Paul Jennings is the author of A Colored Man’s Reminiscences of James Madison (1865), a memoir about his service as an enslaved footman in the White House. Born at the Madison plantation, Montpelier, Jennings lived in the president’s house during James Madison‘s two terms as president and, in his narrative, recounts his role in rescuing Gilbert Stuart’s 1796 portrait of George Washington before the arrival of British soldiers during the War of 1812. His version of these events gives Dolley Madison a less prominent role than most subsequent histories.

Jennings served James Madison until the former president’s death in 1836, after which Jennings lived at Dolley Madison’s in Washington, D.C. For a time he worked in the White House again, for President James K. Polk. Madison sold Jennings in 1846, and six months later, Senator Daniel Webster, of Massachusetts, purchased and freed Jennings, who then went to work for Webster. In 1848, Jennings was involved in the Pearl incident, a plot to smuggle seventy-seven slaves to freedom aboard the schooner Pearl.

The plot was betrayed and the slaves captured, but the authorities never learned of Jennings’s involvement. In January 1863, while working for the federal Department of the Interior, Jennings published his memoir in a magazine with the help of John Brooks Russell, a clerk in his office. The Reminiscences were privately published in book form in 1865. Jennings married three times and fathered five children. He died at his home in Washington, D.C., in 1874. 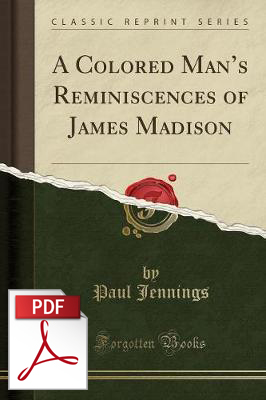 Black Soldiers in the U.S. Military During the Civil War