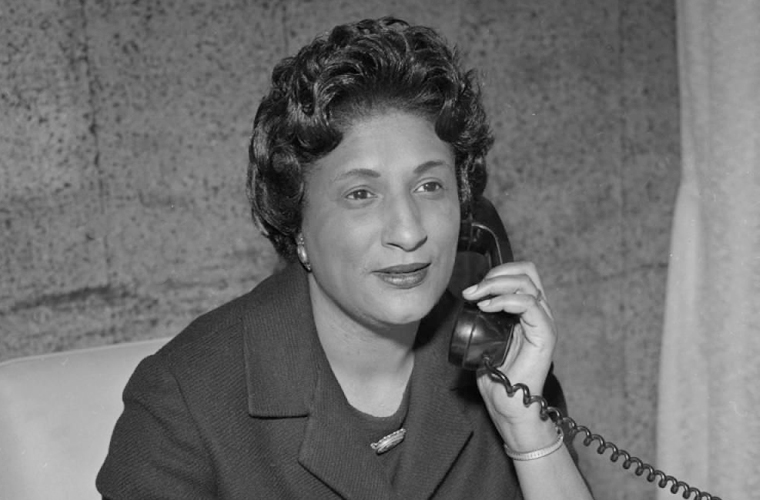 Constance Baker Motley was born on September 14, 1921, in New Haven, Connecticut.  She was the ninth child in a family of 12 children.  Her parents were emigrants from the island of Nevis in the West Indies. Motley grew up attending New Haven’s integrated public schools and soon became an avid reader.  She was inspired by books concerning civil rights heroes, and by the age of 15, she had decided to become a lawyer.  Due to her family’s economic situation, she could not afford to attend college immediately after graduating high school.  Instead, she took a job as a maid for a short time before finding a job with the National Youth Administration.  Giving a speech at the local community center one night, a wealthy white contractor, Clarence Blakeslee, was so impressed that he offered to pay for her college.

Motley began her college career at Fisk University in Nashville, Tennessee in 1941. In 1943, she transferred to New York University where she received her bachelor’s degree in economics.   In 1946, she became only the second black woman to graduate from Columbia Law School.  It was there where she met Thurgood Marshall, chief counsel for the NAACP Legal Defense Fund.  Motley worked for the Legal Defense Fund while completing her degree.  The same year that she graduated from law school she married a real estate broker, Joel Wilson Motley, Jr.  Their marriage would eventually produce a son, Joel Wilson Motley III.

Motley’s career with the NAACP brought her many high-profile cases often involving school desegregation. She played a major role in the legal preparation for the 1954 Brown vs. Board of Education case and was the first black woman to argue a case before the United States Supreme Court.  She was also the lead counsel in the case to allow James Meredith to gain admission to the University of Mississippi in 1962.  Besides fighting for the rights of blacks to get into segregated schools, Motley also defended protestors arrested during the Freedom Rides in the early 1960s.  She won nine out of ten cases argued before the Supreme Court between 1961 and 1963.

Judge Constance Baker Motley died of congestive heart failure on September 28, 2005, at the age of 84.  Over the course of her long career in law and politics, she received over 70 awards and 8 honorary degrees from universities.