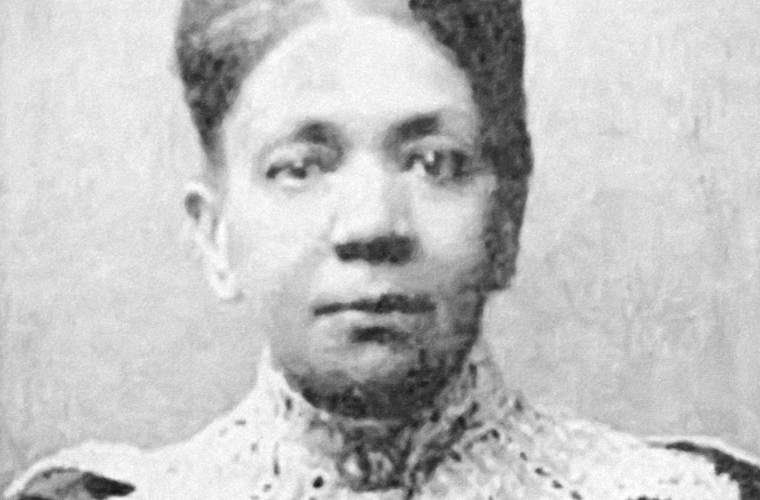 When the young African American schoolteacher Caroline Le Count tried to board a Philadelphia streetcar on March 25, 1867, it caused a firestorm, a battle, and a victory. Her willingness to stand up to segregation allowed African American Philadelphians to start translating gains made on Civil War battlefields into civil rights at home. Her story reveals that Le Count was part of a women’s resistance campaign based on civil disobedience.

This was not the first time Le Count tried to board a streetcar. The Christian Recorder, the newspaper of Philadelphia’s Mother Bethel African Methodist Episcopal Church, reported Le Count’s name among those who had been forcibly ejected from streetcars between 1862 and 1867 (Harriet Tubman and Frances Ellen Watkins Harper were also forced off). Many of the women who confronted segregation orders were involved in wartime relief work that focused on supplying and caring for soldiers of the United States Colored Troops (USCT). Philadelphia raised 14 regiments of USCT, and many of the men lay wounded in hospitals far from African American neighborhoods – like Camp William Penn, located more than thirteen miles north of the city in Chelten Hills.

Le Count’s act of civil disobedience was remarkable that day in March 1867 because just three days earlier, a law had been signed outlawing segregation on public transportation. The law’s passage was the culmination of the work of civil rights activists William Still and Octavius Catto, who lobbied for the bill and helped lawmakers draft it.

In the days that followed, Philadelphia’s eighteen streetcar companies were put on notice that segregation would not be tolerated, ending what had been almost a decade-long civil rights battle. Reflecting the humiliating experiences of black riders who during the war had been forced to stand on the platform or who were forcibly ejected from cars, the March 22nd law explicitly stated that any service given or withheld on account of race was prohibited, including compelling riders to sit in special seats or seating them apart from other riders.

The National Antislavery Standard concluded that: “Henceforward, the wearied school-teacher, returning from her arduous day’s labor, shall not be condemned to walk to her distant home through cold and heat and storm;  henceforward invalid women and aged men shall be permitted to avail themselves of a public conveyance, even though their complexion may not be white.”

The victory belonged not only to Le Count, but also to the network of African American women’s groups she worked with – groups that had identified freedom of movement as one of their greatest obstacles to success. The overlapping network of organizations served the needs of escaped slaves, wartime refugees, and black soldiers. It including the Ladies’ Union Association of Philadelphia, the Soldiers’ Relief Association, the Colored Women’s Sanitary Commission, and the Pennsylvania Freedmen’s Relief Association.

Le Count went on to become engaged to civil rights leader Octavius Catto; Catto was murdered in 1871 on the day an interracial election was held in Philadelphia.