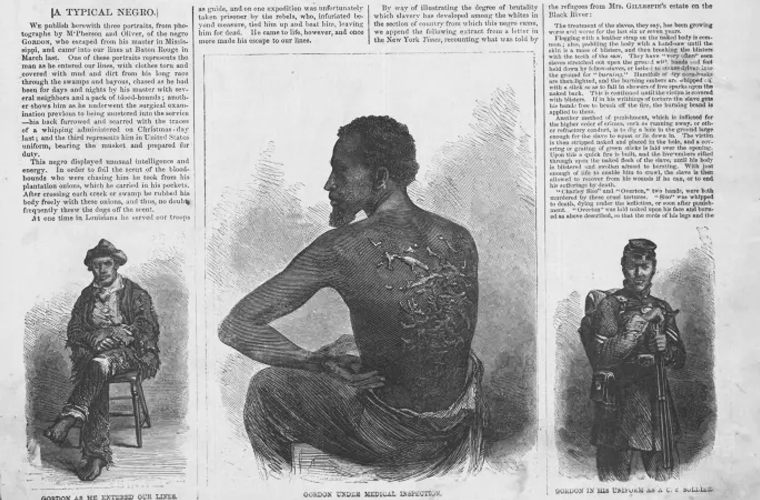 The story of Peter’s experience in the hands of his slave masters is one that leaves you confused – gets you wondering if the enslavers were actually humans, or if they were demons in human flesh.

The brutal experiences of Balck people in America’s South can never be fully accounted for. We tell these stories, as a testament to what the Black race has been through, and a continuous indictment of the character of suppression, brutality, and oppression of the Caucasian race, in their affairs with the Black man.

The story of Peter happened during the civil war in America. The Southerners were suppressive of black slaves, and the North was in a war with the South. Most of the Black slaves who escaped the Southern plantations enlisted in the army and helped to win the war, fighting for the North.

After surviving what seemed more than hell, Peter arrived at the gates of the Baton Rouge camp of the Union soldiers, in March 1863. He had been running barefooted for many miles and for 10 days, chased by beastly bloodhounds and bloodthirsty slave bounty hunters.

He narrated his story to the soldiers, who were shocked that such a treatment was given by another human. He was a slave on the plantation of John and Bridget Lyon, in Louisiana. He told them how he suffered in the cruelest ways in the plantation and how he was almost whipped to death.

He told the officers that the man who flogged him was the overseer of the plantation, named Artayou Carrier. The beating was so fierce that it almost affected his mental state, as he lost it and almost became physical with his wife. He was allowed to rest by the owners of the plantation, who fired the overseer over the incident. But that did not justify the treatment of slavery for him. While he was resting he planned his escape. 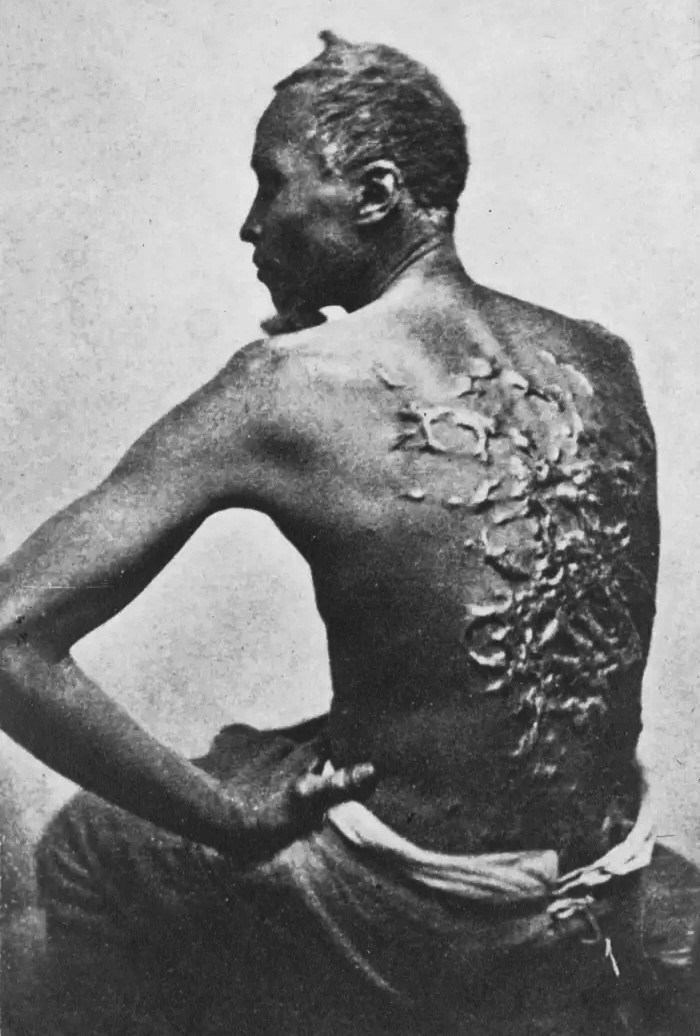 He escaped the Lyon’s plantation with three other enslaved people when it was dark. When they were on the run, one of them got murdered by the slave hunters, who were assigned by the Lyon family to recover their supposed investment. To escape the bloodhounds, Peter and his companions rubbed onions on their skin, so the dogs could not sniff them out. When they got to the Union camp, they were livid with joy and they immediately enlisted in the army.

All over his back, there were raised cuts, wounds, and strafe marks. They went all the way from this shoulders to his buttocks. One look at them and you would imagine the power and animosity with which the blows and whips were landed on his back.

It was horrifying for many of the Northern soldiers, who only heard second-hand accounts of the brutality in the South. It was a thing to search their conscience. A thing of shame for their race; even though many of them were sympathizers of the atrocities of slavery. The image of the scars on Peter’s back was a rude spark that lit the fire of the Civil war.

Peter’s story and the photograph of his damaged back started to circulate around America and Europe and raised more awareness about the harsh and inhumane practices of slavery. One could say that Americans and Europeans, at that point were somehow growing a heart of compassion. Others will argue that it was all politics for them and that the images of men such as Peter were only instrumental in the furthering of the propaganda for a shift in the business dimension.

At that time, the white Southerners insisted that their slave holdings were for the purpose of economic survival, and not racism. But the story of Peter clearly showed that the south was devilish and satanic in its practice of slavery. With the help of mass media, the true conditions of slavery in the South were showcased.

At the inspection of his back by some of the white soldiers, one of them had the following to say: “Suiting the action to the word, he pulled down the pile of dirty rags that half concealed his back… It sent a thrill of horror to every white person present, but the few Blacks who were waiting…paid but little attention to the sad spectacle, such terrible scenes being painfully familiar to them all.”

What the soldiers saw was photographed by two men, McPherson and Oliver, who were itinerant photographers at the Union Camp. After they photographed Peter’s back, they reproduced the picture on small cards, which were easy and cheap, and could reach many parts of the war.

Confirming the brutality of the Southern slavers, an Army surgeon with the Army, pitifully gave the following statement: “I have found a large number of the four hundred or so contrabands [people who had escaped slavery and were now protected by the Union Army] examined by me to be as badly lacerated as the specimen represented in the enclosed photograph.” The above statement was what he wrote on the back of a card and sent to Colonel L.B Marsh.

The pictures of the brutality of other runaway slaves, together with that of Peter played a major role in the abolishment of slavery in America. Abolitionists sold the pictures to raise money for their cause.

After the war, Peter lived his life out of the view of the media, and nothing much about him is known. One thing is certain, and that is the fact that he would live with these scars and trauma until his death.

The Freedmen’s Savings and Trust Company