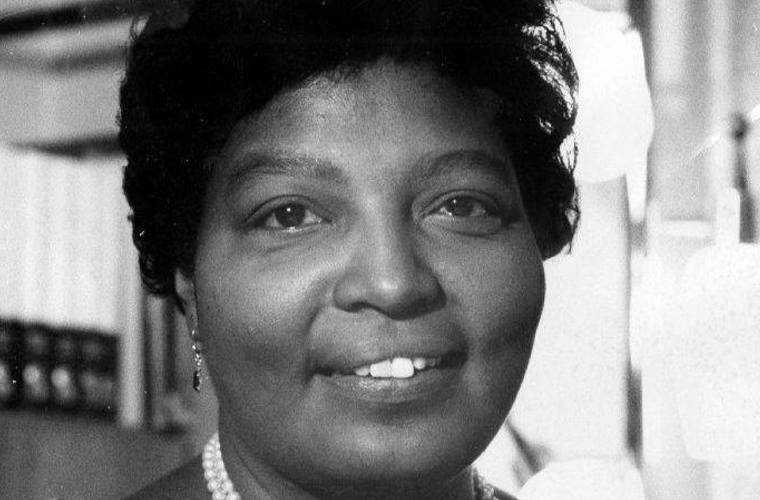 As a young woman planning a career in medicine in the 1940s, Agnes D. Lattimer faced the triple obstacles of poverty, sexism, and racism, yet she refused to be discouraged. As she says, “No obstacles could deter me from my purpose. Not the negative attitudes of others, not lack of money, nor lack of encouragement from outside my family; nothing could dissuade me from my goal.”

Even as a child in the 1930s in Memphis, Tennessee, Agnes Lattimer knew that she wanted to become a doctor. When she was 6, she broke her arm and came under the compassionate care of Dr. Speight, her family physician, who regularly checked on her well-being and reassured her throughout the healing process. She decided that she wanted to be the same kind and thoughtful doctor that he was.

She graduated as valedictorian of her class at Booker T. Washington High School in Memphis and received scholarship offers from three colleges in her hometown. She decided to pursue her undergraduate studies at Fisk University in Nashville, Tennessee, which was near Meharry Medical School, where she planned to study medicine. With the help of a full-tuition scholarship, she graduated magna cum laude with a bachelor’s degree in biology. While waiting for acceptance at Meharry for two summers, she declined a full scholarship from the Jessie Smith Noyes Foundation. Within weeks, she was notified of her acceptance into Meharry, but without the scholarship, she could not afford to enter and had to decline.

“I was devastated…but went to Chicago after graduating from Fisk in 1949 and worked as a housekeeper for eighteen months to save money. Then I applied and was accepted to three medical schools in Chicago; The Chicago Medical School, the Northwestern University School of Medicine, and the University of Chicago School of Medicine.” She enrolled in the Chicago Medical School in 1950 and encountered prejudice from the start, enduring almost daily questions about her place as a woman in medical school. Later, during her clinical clerkship, several white patients refused to allow her to examine them, jeopardizing her ability to fulfill her clinical requirements. In a show of sympathy, her fellow students refused to examine their patients until the attending physicians convinced the patients to comply.

Alternating between rounds at private Michael Reese Hospital, and public Cook County Hospital (CCH), she observed the unequal treatment of rich and poor patients. At the private hospital, she observed that the senior attending physician very politely asked the female patient if she would allow them to examine her. Yet at the open ward at County Hospital, the same physician, brusquely pulled back the curtain on a female patient, opened her gown, and told the students to feel her breast. “I silently vowed,” she said, “that if I were ever in the position to change any one thing, I would begin by changing the negative and patronizing attitudes so prevailing among health-care workers.”

In 1957, her second year as a pediatric resident, Dr. Lattimer was recommended as a chief pediatric resident at Reese. She met with jealousy from other residents and resolved to become the best chief resident possible and to expect the best from her colleagues.

In 1958, she began private pediatric practice and later began teaching at the University of Illinois and the Chicago School of Medicine. By 1965, she decided to devote more time to academics, return to administrative pediatrics, and taper off her private practice. At the Chicago Medical School, she became an assistant professor in the Department of Pediatrics. In 1968, students at the Chicago Medical School awarded her the Elsie and Phillip Sang Excellence in Teaching Award. She then became director of Ambulatory Pediatrics at Reese Hospital, where she revamped the patient care delivery system, bringing efficiency and greater access to care, despite resistance from some healthcare workers.

In 1971, she was made the chair of the Division of Ambulatory Pediatrics at Cook County Hospital, which had nearly 1,100 beds, admitted more than 40,000 patients annually, and attended to 280,000 emergency room patients. “At County,” she noted, “I had come upon the ultimate bureaucracy.” She then became a director at Fantus Health Center, the system of Cook County Hospital outpatient clinics that treated 400,000 patients a year. Through her efforts in the 1970s, the city of Chicago passed housing ordinances to protect tenants and placed health centers in African-American neighborhoods. In 1986 she became Cook County Hospital’s medical director. Throughout her career, she is most proud of having changed attitudes at Cook County. “I was able to impact all of the medical and surgical services by introducing a ‘Philosophy of Caring’ for the patients which emphasized focusing on competence and compassion in the delivery of medical care.”

After retiring in 1995, Dr. Lattimer remained active in community health issues. She continued to enjoy playing bridge, chess, and tennis and retained a special love for flying airplanes, for which she first earned a license in 1966. She lived with her husband, an electrical engineer, in Chicago.