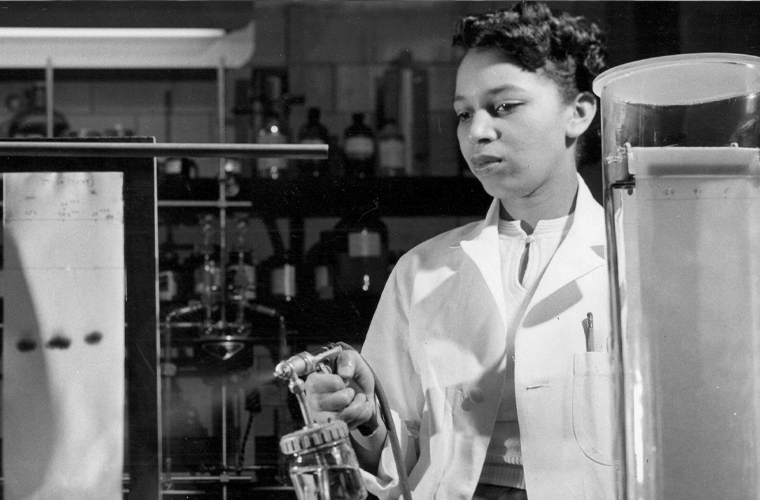 Alma Levant Hayden (March 30, 1927 – August 2, 1967) was an American chemist, and one of the first African-American women to gain a scientist position at a science agency in Washington, D.C. She joined the National Institutes of Health (NIH) in the 1950s. Hayden graduated from Howard University with a master’s degree in chemistry and became an expert in spectrophotometry, the measurement of how substances absorb light. She published work on infrared and other techniques for analyzing chemicals in a range of journals. Hayden was appointed Chief of the Spectrophotometer Research Branch in the Division of Pharmaceutical Chemistry at the U.S. Food and Drug Administration (FDA) in 1963 and may have been the first African-American scientist at the FDA. Hayden came to national attention in 1963 when she led the team that exposed the common substance in Krebiozen, a long-controversial alternative and expensive drug promoted as anti-cancer. Hayden was married to fellow research chemist Alonzo Hayden and had two children. She died in 1967.