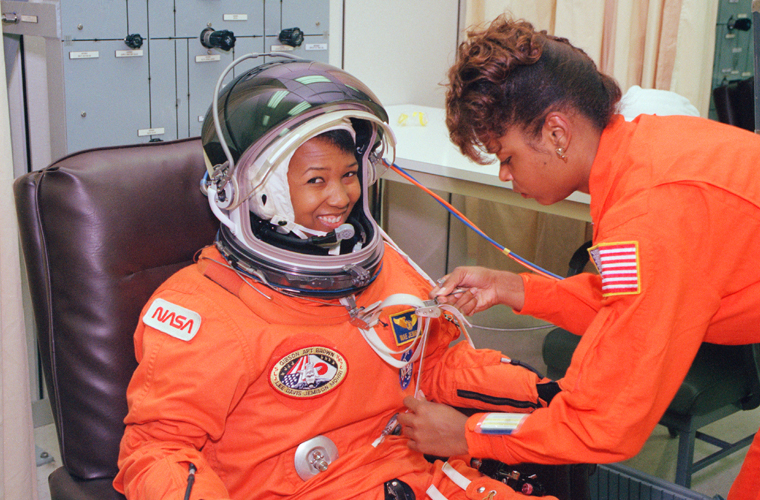 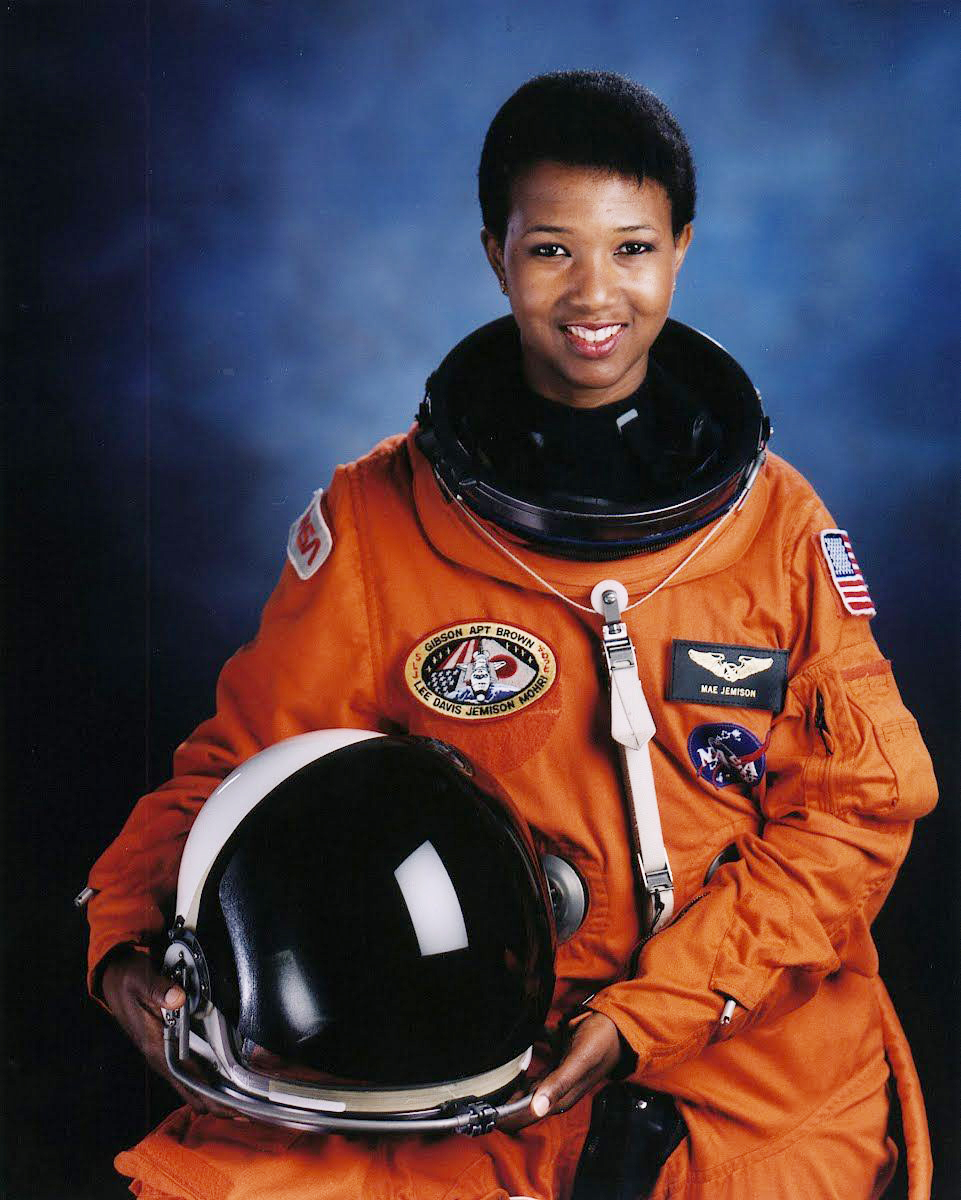 On June 4, 1987, Mae C. Jemison became the first African-American woman to be admitted into the NASA astronaut training program. After more than a year of training, she became the first African-American woman astronaut, earning the title of science mission specialist — a job that would make her responsible for conducting crew-related scientific experiments on the space shuttle.

When Jemison finally flew into space on September 12, 1992, with six other astronauts aboard the Endeavour on mission STS47, she became the first African-American woman in space.

During her eight days in space, Jemison conducted experiments on weightlessness and motion sickness on the crew and herself. In all, she spent more than 190 hours in space before returning to Earth on September 20, 1992. Following her historic flight, Jemison noted that society should recognize how much both women and members of other minority groups can contribute if given the opportunity.

Mae C. Jemison was born on October 17, 1956, in Decatur, Alabama. Mae Jemison is the youngest child of Charlie Jemison, a roofer and carpenter, and Dorothy (Green) Jemison, an elementary school teacher. Her sister, Ada Jemison Bullock, became a child psychiatrist, and her brother, Charles Jemison, is a real estate broker.

The Jemison family moved to Chicago, Illinois, when Mae was three years old to take advantage of better educational opportunities, and it is that city that she calls her hometown. Throughout her early school years, Jemison’s parents were supportive and encouraging of her talents and abilities, and she spent a considerable amount of time in her school library reading about all aspects of science, especially astronomy. During her time at Morgan Park High School, she became convinced she wanted to pursue a career in biomedical engineering. When she graduated in 1973 as a consistent honor student, she entered Stanford University on a National Achievement Scholarship.

As she had been in high school, Jemison was very involved in extracurricular activities at Stanford, including dance and theater productions, and served as head of the Black Student Union. She received a Bachelor of Science degree in chemical engineering from the university in 1977. Upon graduation, she entered Cornell University Medical College and, during her years there, found time to expand her horizons by studying in Cuba and Kenya and working at a Cambodian refugee camp in Thailand.

After Jemison obtained her M.D. in 1981, she interned at Los Angeles County/University of Southern California Medical Center and later worked as a general practitioner. For the next two and a half years, she was the Area Peace Corps medical officer for Sierra Leone and Liberia where she also taught and did medical research.

Following her return to the United States in 1985, Jemison made a career change and decided to follow a dream she had nurtured for a long time: In October, she applied for admission to NASA’s astronaut training program. The Challenger disaster of January 1986 delayed the selection process, but when she reapplied a year later, Jemison was one of the 15 candidates chosen from a field of about 2,000.

In recognition of her accomplishments, Jemison received a number of accolades, including several honorary doctorates, the 1988 Essence Science and Technology Award, the Ebony Black Achievement Award in 1992, and a Montgomery Fellowship from Dartmouth College in 1993. She was also named Gamma Sigma Gamma Woman of the Year in 1990. In 1992, the Mae C. Jemison Academy, an alternative public school in Detroit, Michigan, was named after her.

Jemison has been a member of several prominent organizations, including the American Medical Association, the American Chemical Society, and the American Association for the Advancement of Science, and she served on the board of directors of the World Sickle Cell Foundation from 1990 to 1992. She has also served as an advisory committee member of the American Express Geography Competition and an honorary board member of the Center for the Prevention of Childhood Malnutrition.

After leaving the astronaut corps in March 1993, Jemison accepted a teaching fellowship at Dartmouth. She also established the Jemison Group, a company that seeks to research, develop and market advanced technologies.