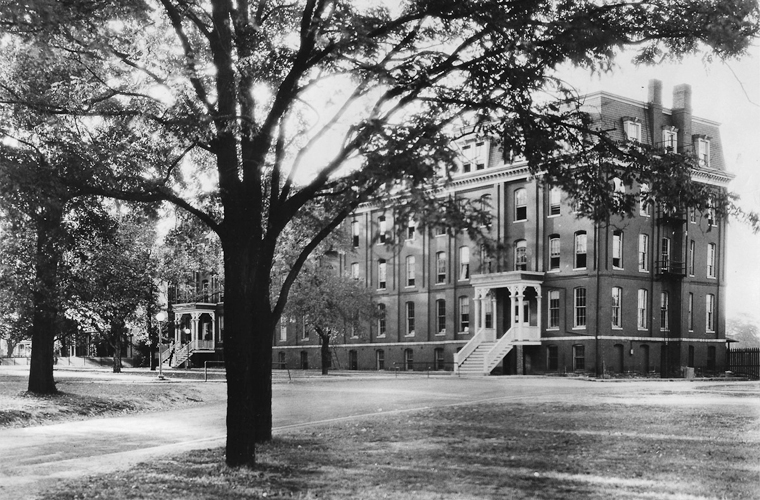 Founded in 1867, Howard University is a private, research university comprised of 13 schools and colleges. Students pursue studies in more than 120 areas leading to undergraduate, graduate, and professional degrees. To date, Howard has awarded more than 120,000 degrees in the arts, the sciences, and the humanities. The historic main campus sits on a hilltop in Northwest Washington blocks from the storied U Street and Howard Theatre. We are two miles from the U.S. Capitol where many students intern and scores of alumni shape national and foreign policy.

Howard is a leader in STEM fields. The National Science Foundation has ranked Howard as the top producer of African-American undergraduates who later earn science and engineering doctoral degrees. The University also boasts nationally ranked programs in social work, business and communication sciences, and disorders. In 2013, The Washington Post named Howard “An Incubator for Cinematographers.”

The College of Medicine is internationally regarded for its illustrious legacy of training students to become competent and compassionate physicians who provide health care in medically underserved communities at home and abroad. The College is a national leader in studying health disparities among people of color and is one of America’s top institutions for training women surgeons. The Howard University Health Sciences division includes the Howard University Hospital and the Colleges of Dentistry, Pharmacy, and as well as Nursing and Allied Health Sciences.

For more than 140 years, the Howard University School of Law has served as an advocate for social justice and as an architect of social change. It has produced more than 4,000 social engineers including the first African-American Supreme Court Justice, noted legislators, civil rights attorneys, mayors, and public officials across the United States. In 2012, the Law School was ranked among the top 20 public service schools by National Jurist magazine.

The University’s motto Veritas et Utilitas, Truth and Service, represents a key part of our identity. The more than 10,000 undergraduate and graduate students dedicate hundreds of hours each year to service in nearby LeDroit Park, around the nation, and far-flung places around the world. Over the U.S. Peace Corps’ 50-year history, more than 200 Howard graduates have served as volunteers around the globe, the highest number among historically-Black colleges. In 2012, a Howard senior who led Engineers Without Borders service projects in Kenya and Brazil was named a White House “Champion of Change.”

The University remains committed to further enhancing its strategic positioning as one of the top research universities in the nation. As we approach our sesquicentennial in 2017, we are uniquely positioned to have the next 150 years as glorious as the past.